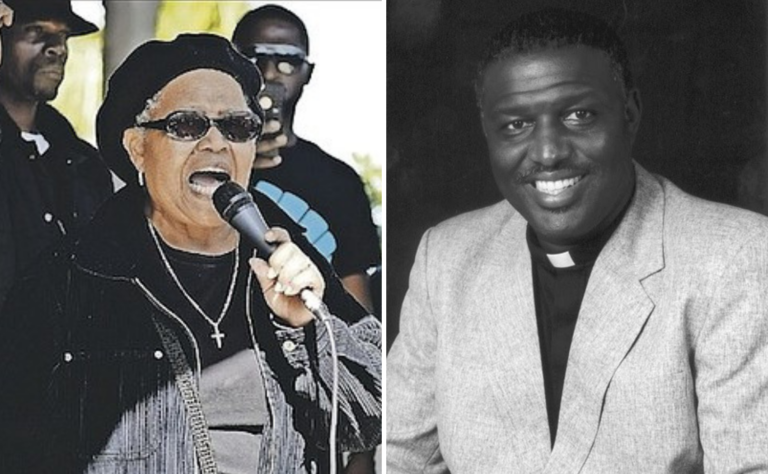 Dame Joan labelled Campbell’s remarks as “petty” and said he would do well to be quiet.

“With regard to the Queen’s Honours, I just wish the reverend gentleman would actually just… be quiet,” said Dame Joan, who was a guest on “Hit Back with Nahaja Black” on Star FM.

Speaking to The Nassau Guardian Wednesday, Campbell said it was an insult to the Bahamian people and to the national honours system that was implemented on National Heroes Day 2018.

The British honours system has several orders, most of which relate to the monarch, military and colonial officials.

Dame Joan continued, “They are so petty and foolish, it is unbelievable.

“I can’t believe grown men and grown women could think like that.

“The point is he is talking about Independence and he is against European things and against English things and the very fact that he is an Anglican [he] has to realize what he says.

“It is very petty in the sense that there is a decent, gentlemanly way to go about changing things.

“You don’t do it by being spiteful and calling things disgraceful because if they’re disgraceful, you are saying the people who got it (honours) were disgraceful. What is he saying?”

The Queen’s New Year’s Honors were announced in December.

Janet Bostwick, the first woman elected to the House of Assembly, was named Dame Commander of the Most Excellent Order of The British Empire for service in politics.

Secretary to the Cabinet Camille Johnson was named for the honour of Companion of the Most Distinguished Order of Saint Michael and Saint George for her outstanding service to education and to public service.

Former Police Commissioner Reginald Ferguson was awarded the Order of the British Empire (OBE) for service to the civil service.

Campbell, who has advocated for the abolition of the colonial honours for over two decades, said the Queen’s honours “belittle” the service and contributions of the men and women named, among others.