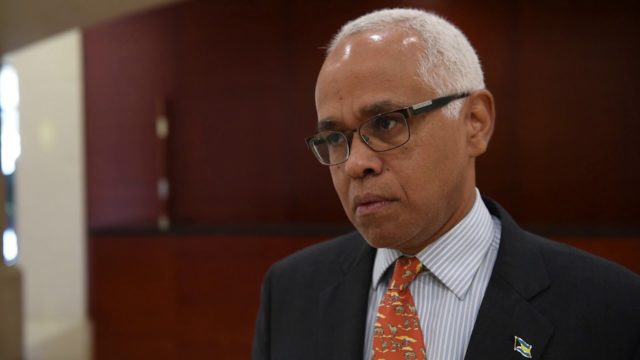 Aviation professionals representing 28 Caribbean countries are gathered in the capital this week to discuss new ideas that can spark a potential increase in airlift into the region.

Most interesting in his presentation was the suggestion that government will soon begin pushing a new business model for Family Island airports to be upgraded and managed through public-private partnerships (PPP).

According to D’Aguilar, PPP’s would ease the burden of airport management off the back of government and ensure that airport infrastructure throughout the islands is no longer sub-par.

Speaking on the sidelines of Tuesday morning’s conference, D’Aguilar gave media more insight into the idea.

“We’ve got three major Family Island airports: Abaco, Exuma and North Eleuthera. The government is spending $35-$40 million on each one of these airports. It’s just not sustainable,”D’Aguilar noted.

“The only way that we see that we can bring quality airports to these small islands … is to go to the private sector with a business model and see how best they might be able to help us.”

Eyewitness News posed the suggestion by D’Aguilar  to Chairman of Bahamasair Tommy Turnquest, who said, while he is keen on the idea, it would be an uphill battle.

“That’s a huge challenge, particularly with rising fuels costs. We are working on cost containment and cost reduction so that we can begin to reduce the reliance on government subvention to the state-owned enterprise and then begin to bring the cost of travel down to the consumer,” Turnquest shared.

He was unable to note how soon the national flag carrier might consider increasing inter-island flight service.

Dubbed the region’s largest aviation conference, the Caribbean Aviation Meetup, which is being hosted by The Bahamas Ministry of Tourism and Aviation (BMOTA), is scheduled from June 12-14.