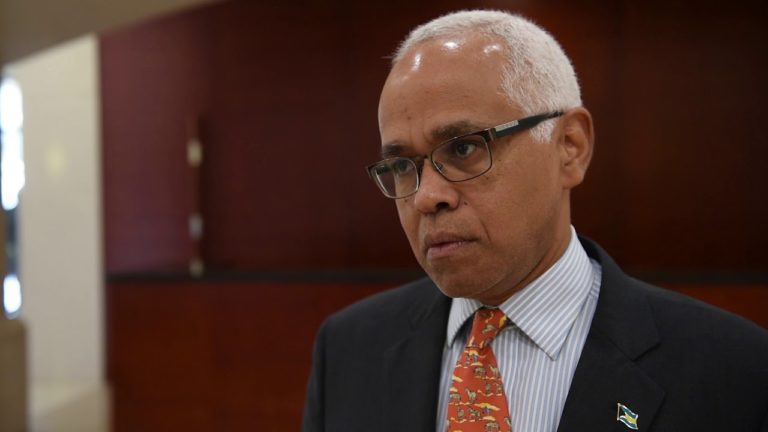 Aviation Minister Dioniso D’Aguilar warned ‘hackers’ on Wednesday to “come in through the front door” and become certified or face the consequences.

Addressing parliamentarians during the mid-year budget debate, D’Aguilar said, private hackers will no longer enjoy the freedom they had in the past, as he has now mandated the Bahamas Civil Aviation Authority (BCAA) to immediately stop the illegal practice.

His comments follow a plane crash in waters just off the coast of Mastic Point, Andros, two months ago. Six persons died in that crash but, just days later, it was revealed that the pilot, Darren Clarke, was a ‘hacker’ and did not have a commercial pilot’s license.

D’Aguilar gave a direct warning to hackers yesterday in which he said they will no longer be allowed to endanger the lives of the public making a “dishonest living”.

He said, “I am advised that response to such accidents in the past … were lacking and eventually once public attention was diverted to other issues the system went back to the status quo,” D’Aguilar said.

“Not this time, Mr. Speaker. The BCAA has a moral and legal obligation to ensure … that there must be [a] level of confidence and satisfaction that the pilot and the aircraft have undergone the required due diligence and certification to offer the services.

“Therefore, I charged the BCAA to work with the Airport Authority [and] Air Traffic Services to implement a regime that will identify and target those individuals with private licenses who are making a certain number of flights daily or weekly that suggest that they are providing a service for which they are not authorized to perform.”

The aviation minister said a number of changes are in the works, including placing a logo on aircraft that have been certified and inspected

“Everyone knows who the hackers are and I want to warn them, No more. Come in to the BCAA, get yourself and your aircraft certified and licensed. Make an honest living, not operate in the shadows with a business that is endangering the lives of the flying public. Please come through the front door instead of hanging out at the back door,” he pleaded.

“…BCAA has implemented a number of activities, including evaluating the single pilot air requirements, instituting more structure on the job training program for the inspectors, conduct various investigations, develop a new improved operating seal capturing the BCAA logo to be displayed on approved operator aircraft, and educate and inform the public of approved licensed operators.”

In June 2016, two men died after a private Piper Aztec 27 plane crashed. Officials determined that the pilot in that plane was not licensed and had his licence revoked in 2001.