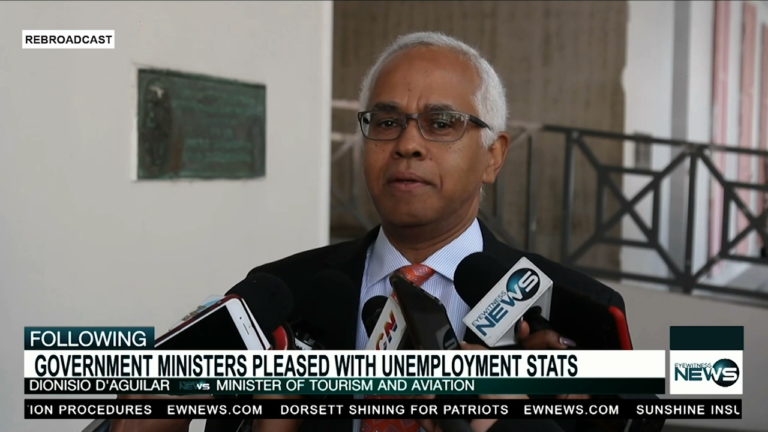 NASSAU, BAHAMAS – Minister of Tourism Dionisio D’Aguilar said the 2,000 jobs added to the labour force, despite a marginal increase in unemployment figures, was the result of increased involvement of the private sector.

“The FNM’s strategy is to create private sector jobs. I was also encouraged by the number of entrepreneurs who started their own businesses that factored into the [labour force] report,” the tourism minister said while addressing the media before Tuesday’s Cabinet meeting.

“We are correcting this economy,” D’Aguilar said.

“The failed strategies of trying to create employment through giving government jobs, which further led to greater government debt and led to further downgrades have been halted.”

D’Aguilar was also quick to shut down the misconception that the increase in jobs was due solely to the opening of Baha Mar.

“To a certain degree that is true, but I’d like to emphasize that the growth is throughout the Bahamas.”

D’Aguilar explained that this was a part of the Minnis administration’s agenda to promote more private sector involvement in the economy of The Bahamas.

He added, however, that the ministry is concerned about the unemployment gap between men and women. He also sought to clarify the meaning of discouraged workers which seemed to be misconstrued.

“The ILO describes a discouraged worker as a person that is not looking for a job because they believe that there are no jobs out there,” Foulkes said.

When there is a certain decrease in discouraged workers the unemployment rate can be skewed because of that.”