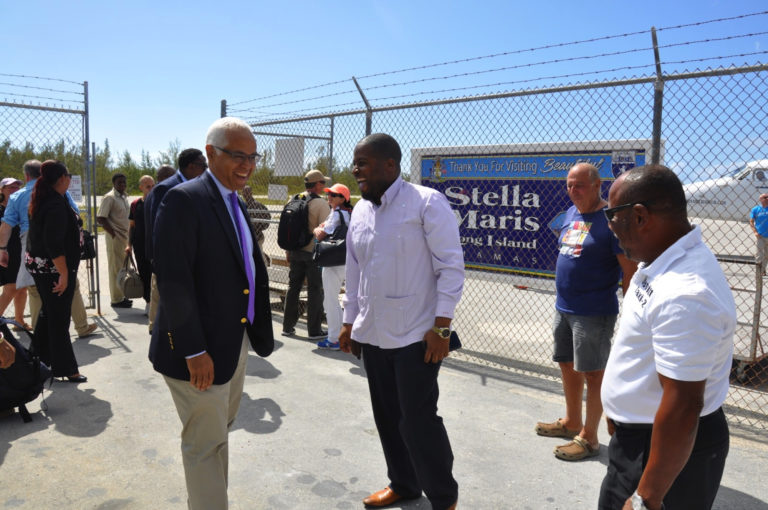 LONG ISLAND, BAHAMAS — At a Town Meeting on Thursday, March 28, at the North Long Island High School in Simms, Minister of Tourism and Aviation (MOTA) Dionisio D’Aguilar addressed the Long Island community on plans for a new airport, giving a status report on progress towards this goal.

Long Island residents also heard from the island’s Member of Parliament Adrian Gibson, and Director of Aviation Algernon Cargill.  Prior to the town meeting, Minister D’Aguilar toured the airport runway and current terminal and met with nearby residents who would likely have to relocate to facilitate the construction of the new airport.

At the town hall, he announced procedure towards creation of a new airport inclusive of the current review process of tenders from the recent RFP for architectural and engineering services, for which the winning bidder will be announced over the next week.