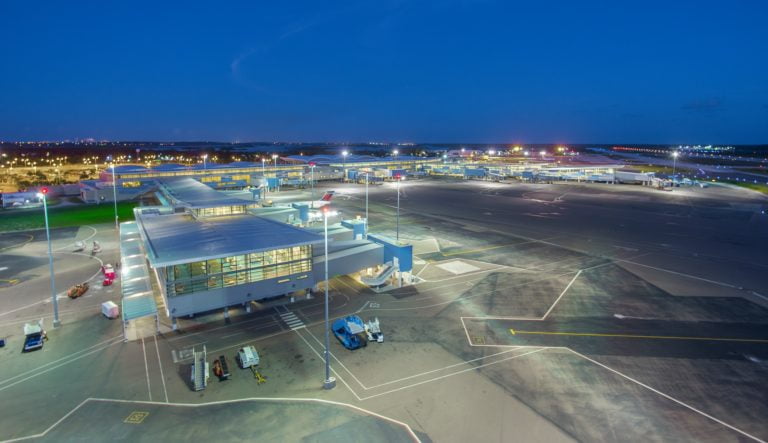 NASSAU, BAHAMAS — Minister of Tourism and Aviation Dionisio D’Aguilar assured yesterday that The Bahamas has no travel restrictions to and from the United States that would stop tourists from traveling to the country when it reopens.

The Bahamas government has announced that it intends to reopen its borders on or before July 1. However, there has been mounting concern over the country’s tourism product.

In an interview with Eyewitness News, D’Aguilar said: “Bahamasair has been leaving the United States and JetBlue has been taking people to the United States from The Bahamas. So there are really no restrictions other than the usual visa requirements.

“…Right now The Bahamas is the only country that has some restrictions on foreign visitors coming into the country.”

The tourism minister acknowledged that if countries are restricted in their ability to travel to the United States, then The Bahamas could see an impact on tourists needing to make stopovers to get to Bahamian shores.

“The rest of the world is really the icing on the cake, but the cake is the United States and Canada,” he said.

“…Air travel will be significantly impacted by COVID-19. By and large, there will be a far reduced number of flights until it starts to ramp back up. I think it’ll be a while.”

In January, the Bahamian government began denying entry to non-residents who had traveled to China — the initial epicenter of the coronavirus — within 20 days of their arrival in The Bahamas.

In March, a quarantine order was tabled in Parliament declaring China an “infected place” for a period of six months, enabling Bahamian authorities to detain, quarantine, and medically supervise all people arriving from that country.

The travel restrictions were expanded to deny entry to non-residents who have traveled to Italy, Iran, Korea, the United Kingdom, Ireland, and Europe within 20 days before arriving in The Bahamas.

International Civil Aviation Organization (ICAO) has reported that airports have seen a -28.4 percent decline in global passenger traffic volumes for the first quarter of 2020, equivalent to a reduction of 612 million passengers.

Domestic and international airline traffic is expected to decrease by -50.4 percent for 2020 as a whole as compared to 2019 figures.

The organization estimates that by the end of 2020, the COVID-19 impact on scheduled international passenger traffic could reach reductions of up to 71 percent of seat capacity and up to 1.5 billion passengers globally.

Airlines and airports face a potential loss of revenue of up to $314 billion USD and  $100 billion USD respectively, for 2020, according to ICAO.

An earlier version of this story referenced projections purported to be from the International Civil Aviation Organization (ICAO). The ICAO has refuted reports regarding the “re-opening” dates of airports as misinformation, and the story has been edited to reflect this.

This is now the time to reduce ticket sale taxes and a number of other taxes in order to increase the flow of tourist back to our shores. With many people out of work, this is no time for trying to squeeze blood out of a rock. Many other Caribbean nations are competing for our for tourism dollars.

Now may be a good time to re-open the Passport Office and however possible, allow the U.S. embassy to operate. Persons won’t be able to travel without these services.