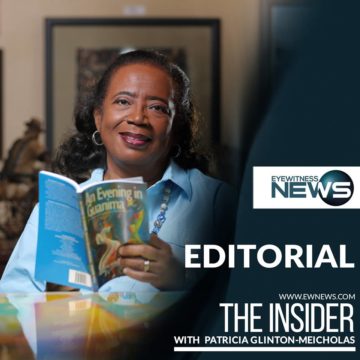 In the past few weeks, the headlines of the major Bahamian newspapers have been dominated by evidence of a chronically disgruntled populace and an increasingly dysfunctional economy and society. Consider the following:

“Why So Little Aid And Why So Late?: Year From Irma, Islanders Insist Govt Does More”

“No real movement in BGCSE results”

Since the beginning of modern settlement in our extraordinarily beautiful homeland, we have cut down trees to create forests. We have cut off our nose to spite our face, thrown out the baby with the bath water and have shot ourselves in the foot again and again.

These and many other metaphorical expressions refer to our continuing errors, and all are linked by great ironies. As one dictionary defines ‘cutting off one’s nose to spite one’s face’, we engage in “a needlessly self-destructive over-reaction to a problem.” We act out of pique, or pursue revenge in a way that damages ourselves more than the object of our anger or the source of our fears. In short, we damage or impede our own plans, progress, or actions through foolish deeds or words. What is even worse, every challenge and every opportunity that comes our way.

Shooting ourselves in the foot is an age-old, painful practice in this country. It is a common behaviour of the Bahamian people and equally true of the Government of The Bahamas, one administration after the other—the white oligarchy, the black oligarchy—all much the same. I must admit, that the country has gained a degree of stability as time has rolled on, mostly by happenstance and a rare talent for “carpe diem”—seizing serendipities (legal and illegal) when they have arisen. Consider the “boom” years owed to blockade running during the mid-19th century United States Civil War; the 1919-1933 rum-running during Prohibition in the US, and the meteoric rise of Bahamas tourism in the wake of the trade embargo the United States erected against Cuba following the Castro-led revolution on that island. Let’s not forget the romance with the Colombians who came bearing the gift of ‘snow’ to our islands from south to north. This icy avalanche enriched many while distorting and undercutting the Bahamian value system.

With seemingly little ability or stomach for change, the mores of 21st century Bahamians are eerily similar to the outlook and actions of our forebears at the time of our country’s independence in 1973. We continue to burn down the house to get rid of rats. We continue to practice boomerang economics—throw good money after bad decisions. It’s a stubborn un-wisdom that has come back to hit us in the face again and again. If this behaviour were a sport in the Olympics, The Bahamas would be a formidable competitor.

Every Bahamian of sense and conscience will admit that we are in the midst of an epidemic of economic missteps, increasingly violent crime and a strength-sapping rise in non-communicable chronic diseases. How do we begin the cure? We must cease the euphemisms and excusing bad choices at the personal and national levels. We have to view certain methods of decision-making as cancers that must be eradicated before we lose hold of all we hold dear.

Following is a modest proposal by one who loves her homeland passionately, and works as passionately to contribute to the healing:

From the chambers of Parliament to the lowliest shelter, through all media of communication, we must stop the insidious practice of politicizing all information. Nowadays, the newspapers seem to give an inordinate amount of space to opinion columnists for whom there is only one side—the politically partisan side. Their analyses and ruminations are nearly always coloured by PLP, FNM and, to a lesser extent, DNA sympathies. The radio talk shows do even worse—they seem to invite callers who are not only ignorant of any facts but incessantly belligerent. Social media takes the crown in this instance. Never has there been a more efficient vehicle for damage than the unfettered access to the Worldwide Web of the lunatic fringe and the grubbily spiteful. Let’s light a backfire to drive back the flames of misinformation.

Elevate the Role of Research in Public Life. How Else Can We Prescribe Cures?

The ancient Greek physician Hippocrates wisely said about treatment in the case of ills:

The physician must be able to tell the antecedents, know the present, and foretell the future.”

When our children ask daily for sugared drinks and salty treats, the loving parents among us don’t give them or only sparingly. They know that if they don’t, misdirected ‘love’ may saddle their child with a future of dental procedures and medicine-dependent diabetes and high blood pressure.

It came as a shock recently that out of the 60 applications for the government’s offer of low-cost land lots, only nine could satisfy the eligibility criteria. The partisan politicos took a verbal sledgehammer to the administration, blaming VAT, unemployment, recent austerity measures, a badly reflected national budget. One thing has been missing or given only trifling notice—the fact that too many Bahamians are complacent about or deny any need for pursuing personal financial fitness.

Not only children must be taught that their unmanaged wants can lead to loss in the long term, but the adults must also be awakened to their obligations to their personal well-being and that of their homeland. We need a constant diet of such revelations going out to the general public.

As our good Archbishop teaches, having $5.00 in your pocket doesn’t mean that you can buy something costing $5.00. You have to first enter into the equation all other financial obligations, which take priority.

Know that When One Accepts a Public Post, It Has Implication for One’s Personal Involvements

Seek Knowledge, Practice Humility and Stop Pandering to Bahamians for Political Gain – A New Oath for Politicians and Other Pundits

I will not be ashamed to say “I know not,” nor will I fail to call in my colleagues when the skills of another are needed for the nation’s economic and social recovery. I will eschew all efforts to enslave my fellow Bahamians by making them dependent on my favour and handouts.  I will try to remember that a hastily constructed statement before a recording device connected to public media can be a sure-fire way to put my foot in my mouth and lose the next election.

Require Job Knowledge and Accountability of All Public Servants

Let’s All Acknowledge Our Blessings and Learn to Be Grateful

This headline appeared in one of the nation’s dailies recently: “Why So Little Aid And Why So Late? Year From Irma, Islanders Insist Govt. Does More”. I firmly believe that a government should assist its citizens in need, especially the destitute, the aged and orphans and most particularly in cases of national disaster.

But expecting the rebuilding of personal assets from the Public Treasury? Suppose, God forbid, several other islands had been affected by Irma to the same degree as Ragged Island? Do those who complain believe the Treasury has a pipeline into the pockets of a consortium of Arab oil producers? Do these fictional benefactors love The Bahamas so much that they will continue to pump in the cash despite our upside-down notions of responsibility and entitlement? A few points for those who thumb their noses at government’s donation of $4,000 per affected family:

It is time, my compatriots. Let us seize the day with more devotion to education, to better personal and national management and a greater commitment to the common good. If we desire a better life and a better homeland, we all must contribute to creating value in our homes and in our communities, on the job and in public life.

Excellent Patti.If only our a would take heed.