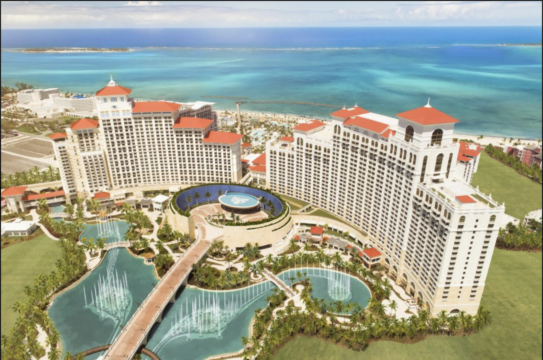 NASSAU, BAHAMAS — More than 100 Baha Mar employees will be disengaged beginning today as the resort continues to experience low occupancy and an overall decline in revenue, according to Eyewitness News sources.

The terminations come as the resort prepares for the reopening of the Rosewood and SLS this month, which is expected to see a return of a contingent of furloughed workers.

According to the resort’s website, booking for the Rosewood and SLS will be available as of March 4.

Since reopening last December, occupancy at the resort has fluctuated around the low double-digits, and only experienced a high double-digit peak during the Super Bowl weekend last month.

While it remains unclear which specific areas of the resort will be impacted, sources suggest staff in Food and Beverage and the front of the house will be among those let go.

This is the second termination exercise since the onset of the pandemic in mid-March 2020.

The mega-resort suspended operations last March due to the pandemic.

All non-essential staff was sent home until further notice, leaving a skeletal crew for upkeep of the resort in essential areas.

Last June, between 20 percent and 30 percent of employees were made redundant — more than 1,200 employees.

Baha Mar has continued to provide ex gratia payments of 30 percent of base salary to its furloughed employees, an exercise it began shortly after the onset of the pandemic.

However, calls placed to the minister were not returned.

Foulkes asserted last month that unemployment has drastically declined in The Bahamas, a statement that drew strong rebuke in some quarters.

The rate of joblessness in The Bahamas will remain unknown until next year.

Eyewitness News revealed last month that the Department of Statistics will not complete its Labour Force Survey until May 2022, as it prioritizes the population census this year.

The last unemployment survey was released in January 2019.

At the time, unemployment was 10.7 percent.

It was estimated to be at 40 percent during the pandemic.

In an interview with Eyewitness News in late January, Pinder estimated that unemployment in the country remains at around 42 percent while the total figure of people not working, including those who remain furloughed, stands at around 60 percent.