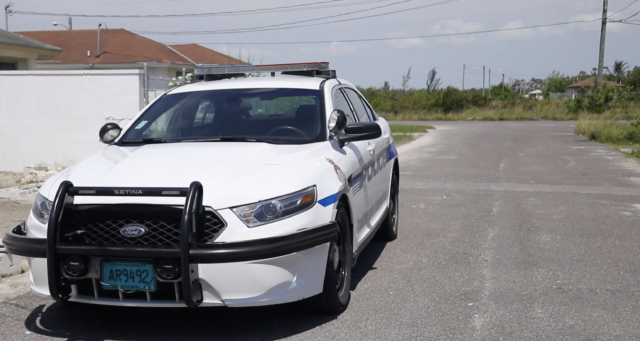 NASSAU, BAHAMAS — On the first night of the mandatory nationwide curfew, police arrested a man in his 30s following a high-speed chase from East Street to Market Street as he sought to evade officers who were out in droves across the island during the curfew period.

The man was spotted on East Street in a white Nissan during the curfew period, a violation of the newly implemented emergency orders, which were activated Friday.

Another man riding a bicycle off East Street was stopped and searched.

When police officers asked him why he had not complied with the curfew, the man, who identified himself as Derick Dolce said he had not seen his daughter in six months and was going to visit.

He begged officers to allow him to return home, insisting he would obey the order.

The officers obliged with a warning.

Checkpoints and barricades were present at numerous intersections stretching from Carmichael Road to Baillou Hill Road, Robinson Road, the Independence Highway, East Street, Thompson Boulevard; among many others.

In each instance, vehicles that approached were stopped, and the occupants were required to show officers their identification.

The empty streets, with the exception of patrolling officers and closed businesses were a stark contrast to the typical Friday night in New Providence.

Minutes before 9 pm, Commissioner of Police Anthony Ferguson said police and defence force officers were strategically placed around New Providence and in the Family Islands to enforce the curfew and ensure compliance.

He said there will be no exceptions.

“I don’t want anybody trying to sneak and try to ask permission to go some place,” Ferguson.

“The prime minister indicated quite clearly, who those persons are that we should give concession to, and I think people ought to understand the care that is being exhibited on behalf of the government to make sure that they are safe.

“I urge the Bahamian public to cooperate with the police.”

Asked whether there were concerns about crime during the curfew hours, the commissioner said it is “never a good idea for a criminal to try to sneak in; it is unlikely that they will succeed”.

It is unclear how many officers were deployed to enforce last night’s curfew.

The police force has established a dedicated line — 311 — for the public to call for advise on matters related to the curfew or in the event of an emergency.

Asked if people found in breach of the curfew will be arrested, the commissioner assured: “We will carry out the order to a tee. You should not be out. There is a curfew.”

As it relates to enforcement of the curfew on the Family Islands, particularly in remote and far-flung islands that are large, but have a relatively small number of residents, the commissioner said most islanders are orderly people who typically return to their homes well before 10 pm.

Speaking to reporters before departing, Dames said police officers will do what they must to protect the public during these “serious times”.

“Every ministry of government has been mobilized and are playing their part to ensure that we keep Bahamians safe,” he said.

“That’s what we were elected to do. This was something we could not envision, prior to a general election; coming off the heels of [Hurricane] Dorian and now faced with this global crisis that has certainly immobilized the world.

“But we are ready. This is what we were elected for because there will be times like this and how we respond to it will certainly determine the type of leadership, the quality of leadership.

“Times like this is where you test the leadership within your respective countries and we are ready for the challenge.”

There have been four confirmed cases of COVID-19 in The Bahamas.

The commissioner also advised that a number of businesses attempted to remain open yesterday despite the emergency orders mandating them to suspend operations.

He did not name those establishments.

Ferguson indicated that as the emergency orders were new, police advised the businesses to close without penalty or arrest.

“Once you are told, then there is no exception,” Ferguson said.

“The order is very, very clear; non-essential businesses stay closed; health is more important than money and people have got to understand that.”

The governor general declared a public state of emergency Tuesday.