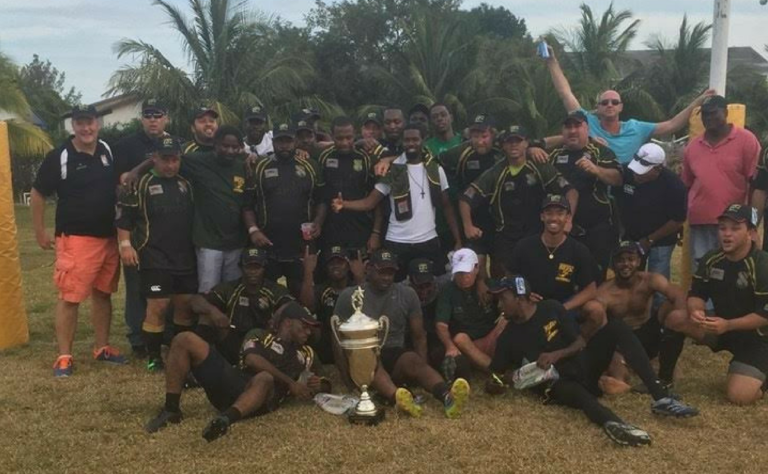 The Cuckoos pulled out a hard fought 20-13 victory over Baillou in the 2018 Heineken Cup.

Although Baillou registered two high scoring wins in a matter of weeks during the league’s playoffs, the Cuckoos defense managed to do a good job of limiting Baillou’s scoring attempts in the league finale.

Jamal Curry, Brian Baker and Burton Oliver each scored one goal in the win.

Baillou defeated Freeport RC 38-34 in the second playoff round to advance to the title game. In the first playoff round, Baillou scored in the game’s final frames to defeat Buccaneers RC 29-25.

“Bahamas Rugby is again extremely grateful to all our friends and supporters who have been with us through the season,” said BRFU executive Elystan Miles.

“We are particularly grateful to our sponsors and partners, too numerous to mention. However, Heineken has been the backbone to Bahamas Rugby for another year and deserve a specific expression of gratitude.”

Cuckoos also captured the first two editions of the renamed event in 2012 and 2013, while Baillou took the cup in 2014.

The Buccaneers are the only other team to have won the Heineken Cup. In 2015, the Bucs edged Freeport FC 15-7 to capture the Cup.

The Heineken Bahamas Rugby Cup ran for several weeks of competition with three teams from New Providence (Baillou, Cuckoos and Buccaneers) and one from Freeport (Freeport Rugby Club).