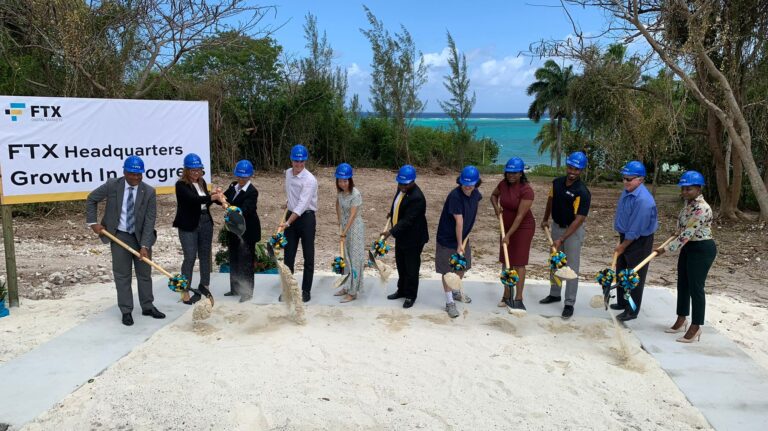 NASSAU, BAHAMAS — The Bahamas has become a jurisdiction to be envied having attracted one of the world’s top cryptocurrency exchanges to its shores, the company’s CEO said yesterday.

Sam Bankman-Fried, FTX Digital Markets CEO while addressing the groundbreaking of the company’s West Bay Street headquarters noted that after undertaking an intensive search, The Bahamas ultimately proved to be the top-ranking jurisdiction in all the metrics the company was looking for to “put down its roots”.

The world’s second-largest cryptocurrency exchange is looking to invest around $60 million towards the development of a boutique hotel, commercial center, and its new headquarters in The Bahamas. The company will develop nearly five acres of land at Bayside Executive Park which will include FTX’s headquarters, a boutique 38-room hotel, and a building for commercial use.

Bankman-Fried explained that his team had done an intensive country-by-country search for the right jurisdiction, with the enabling regulatory framework for digital assets to establish its headquarters.

According to Bankman-Friend,  the search came down to roughly seven jurisdictions that had not been crossed off the list. He noted that The Bahamas regulatory framework, Digital Asset Registered Exchanges legislation, also known as the DARE Act was key in attracting the company to The Bahamas.

“The Bahamas jumped into the front,” he said.

“We think we can bring a lot to the destination and we understand that we asked a lot. The Bahamas turned out to be on top of the rankings on all of the metrics we were looking for. It’s not where we originally thought we were going to end up but it became that place,” said Bankman-Friend.

According to Bankman-Fried, FTX’s decision to set up its headquarters in The Bahamas has made a number of countries “incredibly jealous”.

“I have been on the phone with a number of regulators and I think that half of the time the calls start with, ‘Talk us through what The Bahamas did and how can we do that?’” he added.