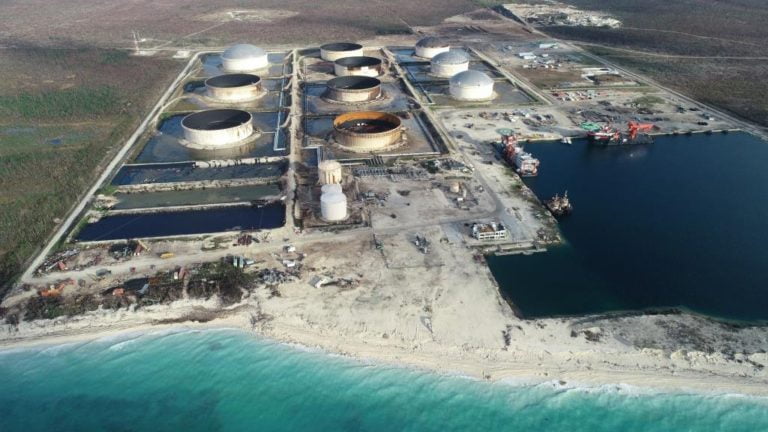 Experts are calling for a detailed spill response plan and legislation that outlines requirements for spill planning, preparedness, response, and funding in addition to strategic remediation and long-term monitoring of the site.

The findings are included in a new report from the Bahamas National Trust titled “State of The Environment: Post Hurricane Dorian Report”, which outlines environmental factors that continue to challenge the recovery of hardest-hit islands Abaco and Grand Bahama some 18 months after the passage of the deadly storm.

The report read: “The Equinor oil release impact zone has not been fully delineated and requires further delineation and mitigation of both habitat and wildlife impacts; oil residues in soil and surface water are at levels that have and will impact the local wildlife and habitat.”

In Grand Bahama, Dorian’s 185 mile-per-hour winds ripped off the tops of oil storage tanks at the Equinor oil storage facility, with oil from two full tanks spread over 21 square miles of the surrounding habitat.

The environmental non-profit reported significant remediation remains needed at the quarry site, north of the main area cleared by Equinor, adding the storage facility has not been hurricane hardened to withstand the wind or tidal forces expected in Grand Bahama,

Waterkeepers explained that crude oil releases that occur on land or reach land, compound the difficulty in remediation and the impacts can persist for decades after a spill. It underscored the long-term impact of crude oil residues on bird nesting success as well as impacts to the overall ecosystem, if not remediated.

The non-profit pointed to legislation like the U.S. Oil Protection Act (OPA) for planning and response, and the U.S Clean Water Act which sets surface water protection requirements for large above-ground storage facilities.

“Based on the delayed Equinor response to the hurricane Dorian release, it is obvious that response assets are not available within a timely manner to address the potential catastrophic releases in the future. This issue must be addressed.

“A detailed offensive interventions spill response plan must be developed to replace the typical defensive wait-and-see and then clean up the beaches plan. An offensive plan must include specific strategies to protect sensitive ecological resources and specifically endangered, threatened and vulnerable species and their habitats.

It continued: “Adequate, on-island capabilities should be established including oil boom containment and oil spill isolation capabilities as well as the training and equipment to deploy those capabilities. This planning should be consistent with and included in, the “Caribbean Island Oil Pollution Response and Cooperation Plan” and the “Bahamian National Oil Spill Contingency Plan (NOSCP)”.

“There is a need for an effective Incident Command in the event a response is needed, with a clear process for initial command and then hand-offs in the event of a large spill. An Incident command structure should be formalized that includes oversight by experienced experts in the field that are accountable to public institutions.”

Finally, Waterkeepers also called for the establishment of a Natural Resource Damage Assessment protocol to ensure proper assessments occur after every major spill. The group said assessments were critical “to understand the required remediation steps and costs as well as any financial liability of the responsible party to pay for restoration and loss of services or livelihoods”, and should be codified in legislation.

The group added that assessments should consider The Bahamas and surrounding areas are home to 10 critically endangered, 15 endangered, and 42 vulnerable species.

“A major release of crude oil would have long-lasting, and in some cases, irreversible consequences on endangered and vulnerable species,” the report read.

“Effective spill containment and response is critical and a Grand Bahamas reserve account or trust fund should be established by the oil storage and handling facilities as part of the [spill prevention, countermeasure and contingency] process.

“Marine mammals and sea turtles could be affected by oil spills through various pathways: surface contact, inhalation, ingestion, and baleen fouling. As air-breathing animals, health impacts from oil spills can be fatal or result in long-term health decline.”