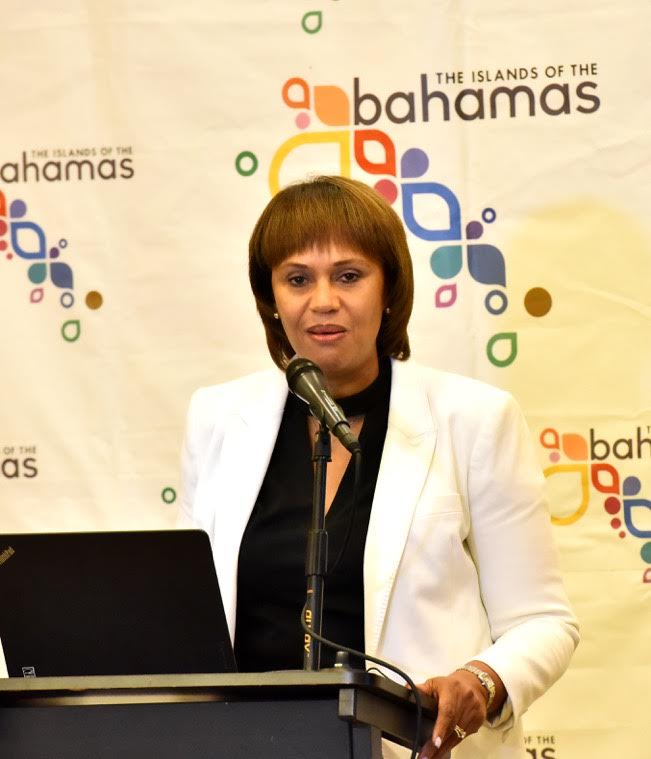 As thousands of tourists flock to The Bahamas on a yearly basis to soak up our sun, sand and sea, the thought of being a victim of crime while vacationing is unimaginable. The stark reality, however, is that crime exists and in some instances, tourists will be a target.

Director General of Tourism Joy Jibrilu is aware of this reality. She is aware that crime poses a problem for tourists not only in The Bahamas, but also in the region.

“Safety and security is the number one issue for every visitor who visits the island of The Bahamas and this is a problem that we in The Bahamas – and I think as a region – are all grappling with, how do we deal with it?” asked the Tourism Director General, who was fielding questions at the opening of the State of The Tourism Industry Conference (SOTIC) at the Atlantis Resort on Monday.

Earlier this year, the United States and Canada both issued travel advisories for its citizens visiting The Bahamas, but Jibrilu, who presently serves as Chairwoman of the Board of Directors of the Caribbean Tourism Organization (CTO), said the Ministry of Tourism works closely with various entities in an effort to reduce crime.

“One of the things that we can say is we work hand-in-hand with the U.S. Embassy here [in The Bahamas] as well as with the police and the uniform branches,” she said.  “We look at the statistics of crime, so what I don’t want to say is there is not an issue of crime.

“There is an issue of crime, there is [an issue] in The Bahamas, but when you look at where the crime is taking place, we are watching it closely, and we are so happy that out of the six-and-a- half million visitors that visit our country, less than one per cent – I think less than half per cent –  are impacted by crime, and the concern is the crime that is taking place in the inner city.”

Meanwhile, despite the criminal elements that threaten The Bahamas’ tourism product, the Director General touted the “tourism boom” that was presently being experienced. She also revealed that a new marketing campaign would be launched in 2019.

“Our digital marketing will show everything we are.”

The director general said in the interim, The Islands of The Bahamas has been busy utilizing traditional and social media to market the destination.

“That ties into our 16-island marketing strategy.  There is rich storytelling. We know that the media and social media have major influence in telling our authentic stories. Our new content marketing approach allows us to produce content which is omnipresent,” she said.

The director general said telling the authentic story from a Bahamian’s point of view has worked well in the destination’s favour.

Additionally, The Bahamas Ministry of Tourism and Aviation will launch its app and its website, Bahamas.com has been translated into several languages including German, Portuguese, French, Spanish, Italian and Russian.

Director General Jibrilu said, because of The Bahamas Ministry of Tourism and Aviation’s efforts the destination has seen total arrivals rise by 15 per cent and forward bookings soar by 9.2 per cent.

The week-long State of The Tourism Industry Conference which will run from October 2-5. The conference, which is said to be the largest in the Caribbean, is being held under the theme, “Rejuvenate. Recreate. Reconnect.  New Directions for Caribbean Tourism”.