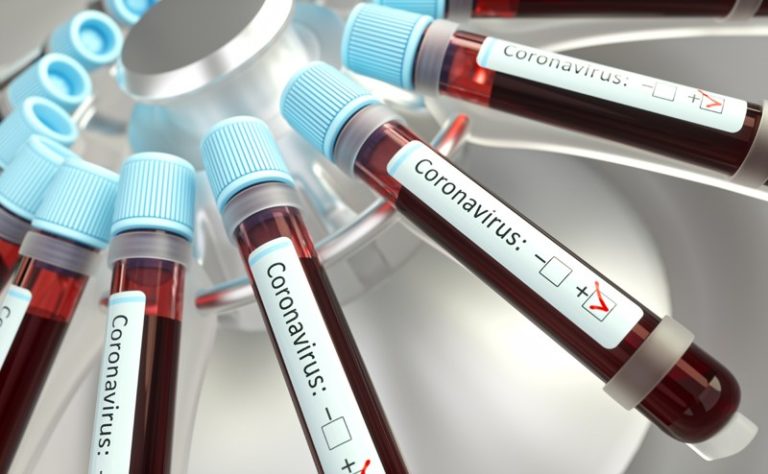 Clusters of COVID-19 cases spread over businesses and government institutions

NASSAU, BAHAMAS — With the number of coronavirus cases in The Bahamas surging to 679 yesterday, health officials are seeking to ramp up contact tracing efforts amid testing delays and a strain on bed capacity.

The Ministry of Health reported 31 additional COVID-19 cases on Monday.

Of that number, 22 were in Grand Bahama and nine were in New Providence.

There are currently 22 hospitalized cases, and 572 active cases.

It was announced last week that testing would come to a standstill until an “all clear” was given after the passage of Hurricane Isaias.

Brennen advised that health officials are moving to build greater capacity for contact tracing with the task force now recruiting from within the Ministry of Health and at other government agencies.

Last week,  the Fort Charlotte Police Station, Arawak Cay Police Station, and the Criminal Records Office attached to the Central Detective Unit were forced to close for deep cleaning after officers and staff were reportedly exposed to the virus in separate incidents.

Health officials have confirmed an increase in COVID-19 cases presenting to hospitals and a number of staff members – including nurses – testing positive for the virus at Princess Margaret Hospital, Sandilands Rehabilitation Hospital, and the Rand Memorial Hospital in Grand Bahama.

It is unclear how many healthcare workers have been exposed to date.

Eyewitness News can confirm that a doctor and a nurse at the Eight Mile Rock Clinic have also had to quarantine due to possible exposure to the virus.

Additionally, sources indicate that at least four employees at the Department of Social Services were exposed to the virus and advised to self-isolate last week.

Yesterday, a woman who was exposed to a COVID-19 patient expressed frustration and disappointed over the failings of the Ministry of Health to deliver test results in a timely manner and properly track cases.

The woman, who asked to remain anonymous, said she was exposed to the virus by someone in her household who tested positive.

However, she explained that she had already been going to work for several days before learning she was exposed.

She said she advised her employer and coworkers – some of whom have since tested positive and have had relatives in the same household also test positive for the virus.

The woman explained that while the ministry’s surveillance team called to advise her of the quarantine protocol and visited the home to test everyone in the house — the family not placed on the quarantine tracker app.

It has been nearly two weeks since she has taken the test; however, she had not yet received her results when she spoke to Eyewitness News over the weekend.

She underscored concerns for her colleagues who may have been exposed but do not know because she still has no clarification on her results.

“We understand how this is spreading so quickly,” she said.

“But the ministry cannot keep up with the chase of the contact persons. They are moving too slow.”

Chief Medical Officer Dr Pearl McMillian said on Friday that with the increasing number of cases, enhanced contact tracing and the samples associated with that, there is currently a backlog with tests being run within 48-72 hours

As he announced a two-week nationwide lockdown, Prime Minister Dr Hubert Minnis said the measure will provide the opportunity for enhanced contact tracing to identify cases and prevent the spread of infection by the contacts.

As of yesterday, there were 320 confirmed cases of COVID-19 in Grand Bahama, 291 in New Providence, 29 in Bimini, 10 in Moore’s Island, nine in Great Guana Cay, seven in the Berry Islands, six in Cat Cay, three in Cat Island, three in Exuma, and one in mainland Abaco.

So in a nation of over 400,000 and one of the richest in the Caribbean we do not have beds for 30 sick people? Our Prime Minister, who is a doctor (he will not let us forget it so let us not) can not organise our hospitals to keep its staff and patients safe.
Laughable is what it is.
Why are we locking down and entire nation and not just the most vulnerable. Why don’t we just force a lockdown on persons over 50. Young people with healthy body’s have proven to beat this virus within days of showing symptoms. It is the elder ones with health problems especially with hypertension, heart and lung issues that are being taken by this virus. The Covid19 will become as common as the flu, we will come in contact with it for the rest of our lives. But because of our lack of knowledge, my fellow Bahamaians we shall perish. sheep we are,
silent sheep following our shepherd to the slaughter.