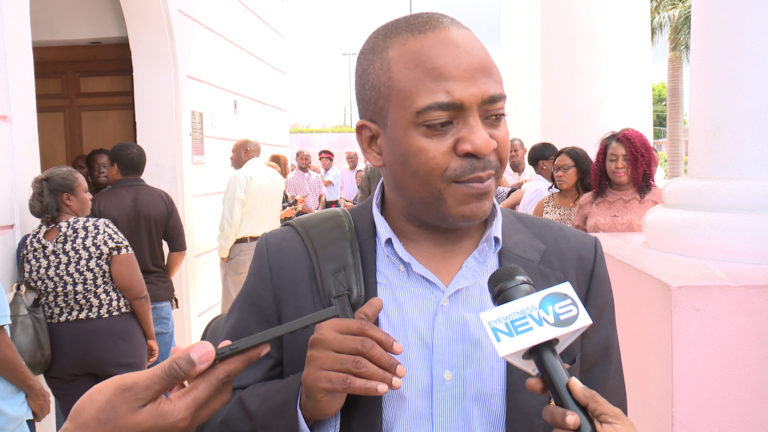 An hours long power outage at the South Street Magistrate’s Court Friday morning caused disarray as persons attending court sessions were unsure what would happen to their pending cases.

Eyewitness News Online was in the midst of the crowd which became agitated with the fact that a critical judicial facility was still without electricity.

Attorney Dion Smith told Eyewitness News Online that what was perhaps most unfortunate about Friday’s outage, was the fact that people without representation were in his view, more at a lost than those with representation, to fight to get their matters sorted out.

“We’ve been here for more than hour and the power is still out. What I don’t like is there is no clear communication to the members of the public in letting them know what’s happening, what they can expect to happen,” Smith said.

“If you don’t have an attorney I guess, who’s aggressive, who will go inside to try and find out what’s happening for you, you might be out here for a long time.”

Although Smith and others were not sure or advised why the electricity was off, he did express his concern about the court’s generator.

“I understand there may be some problem with the power station somewhere. What I do have a problem with is the generator at the court not working,” he said.

“I’m thinking, that is the reason to have a generator, so that these things can kick in, in times like this. This is the court.”

Smith stressed the fact that there are people being arraigned for the first time and this inefficiency of the court also affects the family members of the alleged individuals up for arraignment.

Smith continued, “I am really disappointed that the generator is not working, not the power outage itself, as I don’t know why it is out.”

Forced to rearrange courts, some Magistrates still heard cases, using their cell phone lights to read the cases, while others moved to courts that had windows for natural sunlight.

Smith confirmed that he requested adjournments for his case.