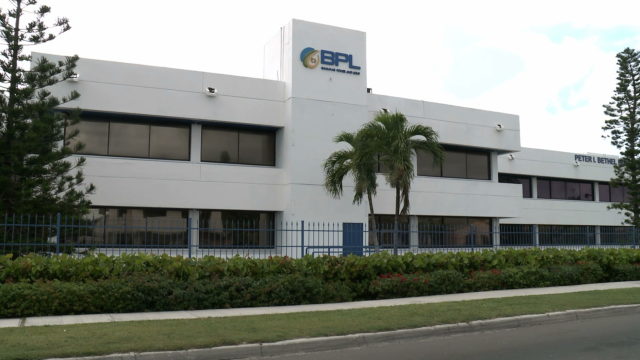 A couple and their children visiting Abaco for the first time last month began their vacation in darkness as power to the island was severed just hours after their arrival on the island as they attempted to settle into their vacation home.

Power outages have become frequent in recent months, but according to Samara Albury, the owner of the rental vacation company Hope Town Hideaway, power supply has been inadequate to supply the settlement for many years.

“One of our guests with kids who is spending over $800 per night for a vacation rental home had to endure a power outage just hours after arriving,” Albury told Eyewitness News Online.

“Sadly, the backup generator kicked in, but probably due to being overworked by the constant high/low voltage and in/out power outages, completely blew a gasket and died at 9 p.m.

“These guests had just settled in to a home they don’t know, on an island they are visiting for the first time and as far as I’m concerned there is just no reasoning that ‘it’s just the facts of island living’.

“These guests were in complete darkness with children in an unfamiliar place; no running water because you need power to run the pumps since we only have holding tanks and no way to communicate because no power; no WiFi …

“As far as I am concerned it’s just excuse after excuse with Bahamas Power and Light (BPL) when it comes to supplying decent power.

“Their defense I must say, however, is that the line men at BPL were very responsive and restored power within a couple hours, but sadly the damage was already done and who knows if the guests will return or recommend visiting our island again.

“We can’t just keep putting Band-Aids on what is in place.

“I for one, would be very supportive of alternate power — solar or wind — and also an independent power station in Hope Town.”

Power was restored around 10:30 a.m. in Guana Cay, according to the power company.

On March 23 — when Albury’s guest arrived — there were outages in Hope Town and Elbow Cay, though the downtime was short.

Power was restored within an hour, according to BPL.

Despite frequent outages and the concerns of some, other residents who spoke to Eyewitness News Online were less critical of BPL.

Hope Schaffer-Colling, a resident of two years, said while the power outages were frustrating, but not more so than “sitting in traffic”.

“It’s just a part of life here that like many others, my husband and I have quickly come to accept (and even embrace),” she said.

“The other night we were at a friend’s house and the power went out and instead of complaining about it, we all picked up an instrument and had a music jam.

Vernon Malone said the outages are part of the “charm” of living on a Family Island.

“Salt spray and aluminum power lines don’t get along too well,” he said.

“It is part of living here,” she said.

“When my granddaughter was a baby, before she could even speak, she would say ‘oh oh’ when the power went off.”

The power company advised yesterday that it plans to carry out maintenance in Casuarina Point today between 9:30 a.m. and 12:30 p.m. and conduct upgrades in Bootle’s Drive on Thursday between 9 a.m. and 1 p.m.