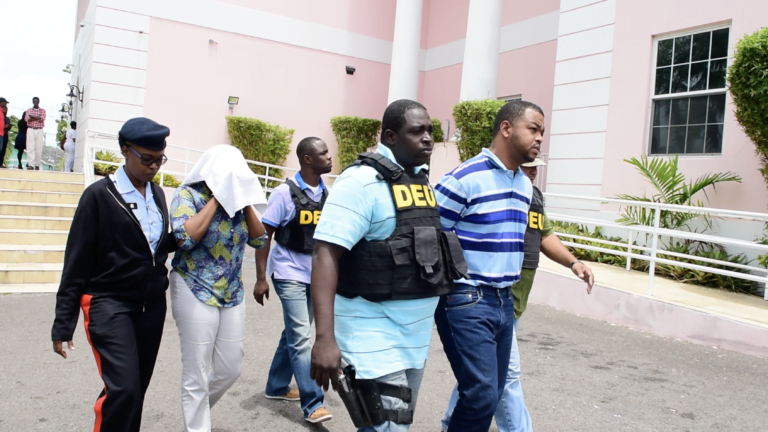 NASSAU, BAHAMAS – A husband and wife pleaded not guilty to possession of dangerous drugs with intent to supply before Chief Magistrate Subusola Swain on Monday afternoon.

According to police, Vacarro and Johniesha Poitier are allegedly connected to a drug bust carried out by officers in Bimini over the weekend.

According to police reports, it was shortly after 4a.m. Sunday when officers, while conducting an operation in Alice Town, Bimini, discovered one plastic package of suspected cocaine.

Authorities took the Poitiers into custody in connection with that find.

The duo was denied bail and have been placed on remand at the Bahamas Department of Corrections until their trial commences on August 27th.