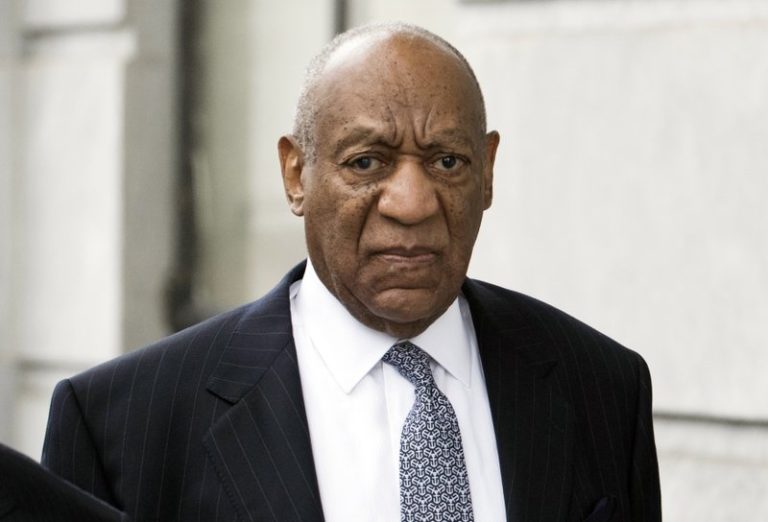 NORRISTOWN, Pa. (AP) — The jury that will weigh sexual assault charges against Bill Cosby was filled out Wednesday even as the comedian’s defense team accused prosecutors of racial discrimination for excluding a black woman from the panel.

Cosby’s lawyers alleged a member of the prosecution team made a disparaging remark after a black woman was removed from consideration. They didn’t reveal in open court what they claim had been said, but sought to use the remark as evidence that prosecutors illegally removed the woman from the jury pool on the basis of her race.

Prosecutors pushed back, noting two black jurors had been seated, and the judge said he didn’t believe the prosecution had any “discriminatory intent.”

Cosby’s lawyers eventually relented, and once jury selection resumed, three white men and a white woman were quickly placed on the panel. That brought the total number picked over three days to 12 — a full jury. Six alternates also have to be picked.

The main panel consists of 10 whites and two blacks. The jury has seven men and five women.

The battle over the black juror’s removal highlighted a vast racial disparity in the suburban Philadelphia jury pool that limited the number of black people available for consideration.

Just 10 of about 240 prospective jurors questioned on the first three days of jury selection were black, or about 4.2 percent. The black population in Montgomery County is about 9.6 percent black, according to the latest U.S. Census estimates.

The county says the names of people called for jury duty are selected randomly from a master list that combines voter registration records and driver’s license records.

On Wednesday, Cosby lawyer Kathleen Bliss said in court that someone connected with the defense team heard someone on the prosecution side say “something that was discriminatory and repulsive” after the black woman was dismissed.

“By all appearances, she was a perfectly qualified juror who stated that she could be fair and impartial,” Bliss said, adding there was no explanation for the woman’s removal “other than her race.”

District Attorney Kevin Steele responded there was “absolutely no legitimacy” to the defense’s challenge, adding that prosecutors had no problem seating the two other black people who’d appeared for individual questioning.

“Of the two opportunities we have had to take a member of the African-American community, we have done so,” Steele told Judge Steven O’Neill. “For them to now make the claim that the strike of an individual establishes some type of pattern is, I think unfortunately, not being done for this court but for the media behind us.”

Steele didn’t give a reason why the prosecution used one of its seven peremptory strikes on the woman, who had said she could ignore what she knows about the Cosby case and the #MeToo movement against sexual misconduct in order to serve as an impartial juror. She also said being a domestic violence victim wouldn’t color how she serves.

Cosby’s lawyers had appeared ready to strike at the first instance of prosecutors blocking a black juror, producing a legal brief that argued the move violated a 32-year-old Supreme Court ruling that prohibits prosecutors from excluding prospective jurors because of their race. The defense had made the same argument on Tuesday regarding the prosecution’s exclusion of several white men, but O’Neill rejected it.

Cosby, who is black, is accused of drugging and molesting Andrea Constand at his suburban Philadelphia home in 2004. He says the encounter with the former Temple University women’s basketball administrator was consensual.

Prosecutors plan to call as many as five additional accusers in a bid to portray Cosby — the former TV star once revered as “America’s Dad” for his family sitcom “The Cosby Show” — as a serial predator.

The AP does not typically identify people who say they are victims of sexual assault unless they grant permission, which Constand has done.

As Wednesday’s session got underway, a judge gave The Associated Press and other media organizations more access to jury selection.

Media lawyers had challenged an arrangement that forced reporters to watch the group questioning part of the process on a closed-circuit feed from another courtroom. The camera showed the judge, prosecutors and defense lawyers, but not potential jurors who were being questioned as a group. Montgomery County President Judge Thomas DelRicci agreed to move the camera to the back of the courtroom so the media could see the potential jurors.