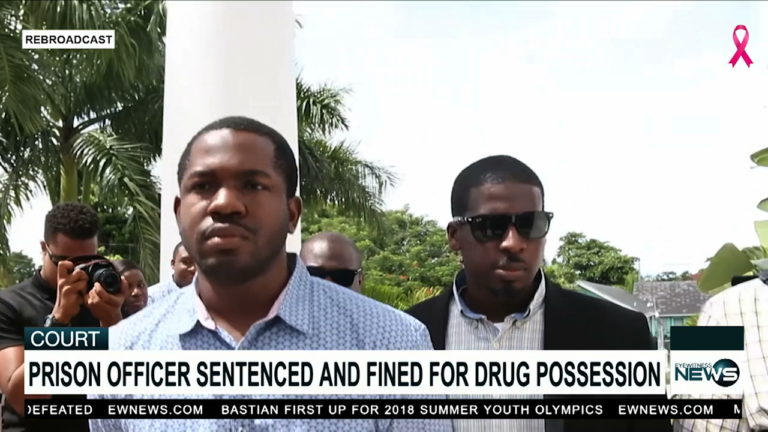 A prison officer will spend the next three months behind bars and will have to pay a $2,000 fine after he was charged on Tuesday with bringing in a small quantity of illegal drugs into Her Majesty’s prison while on duty.

Antonio Harrison Cash, 27, pleaded guilty to drug possession with the intent to supply.

Police reported that on Friday, October 5, officers of Her Majesty’s Prison found 11 ounces of marijuana hidden inside one of Cash’s socks. When interrogated by officers, Cash explained he had brought the drugs for someone in the prison.

Cash’s lawyer, Ian Cargill explained to Magistrate Subusola Swain that the former prison officer lost his job, and is currently expecting a new born baby. Cargill pleaded with the court to exercise leniency on behalf of his client.

In addition to the three-month sentence and $2,000 fine, Magistrate Swain ordered cash to receive counseling by prison chaplain Leonard Clark.