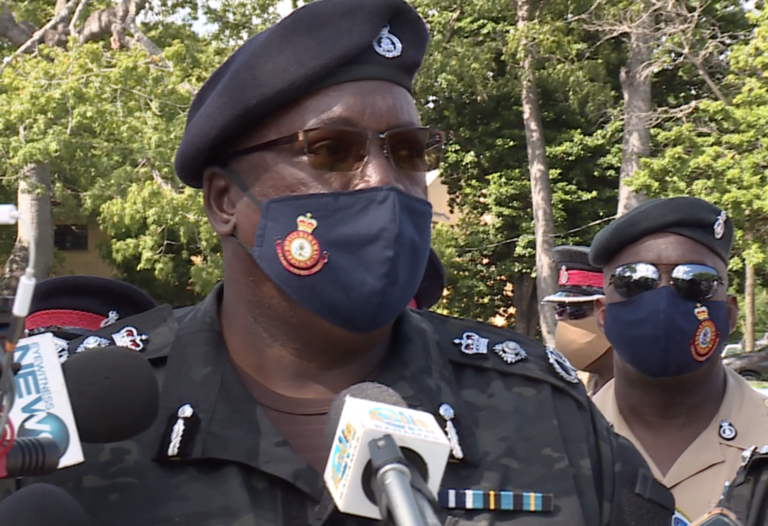 NASSAU, BAHAMAS — Commissioner of Police Paul Rolle said yesterday he was satisfied with the reduction of crime in Abaco as a result of strategies employed on the island, though he noted there was still room for improvement.

Abaco and New Providence have been placed under a weekday curfew between 7pm and 5am, and a weekend 24-hour curfew beginning Fridays at 7pm and ending Mondays at 5am, amid rising coronavirus cases on both islands.

“I am extremely happy with what I am seeing in Abaco,” the commissioner said.

“As a matter of fact, I just got off a webinar with the Abaco business reconstruction, redevelopment [personnel], but I had to pull away to come here.”

During the webinar, which included Abaco Chamber of Commerce personnel, private sector executives and several NGOs, the commissioner said the police force secured additional accommodations that will allow for more police officers to be deployed to the island in a few weeks.

He also advised that a property has been provided to the north of the administrator’s building, which will house the traffic division, CID, and Drug Enforcement Unit.

Yesterday, Rolle told reporters the police force has “done a lot in Abaco in the last month”.

This includes increased police presence and the number of patrol vehicles on the island increasing to 16.

The commissioner also said he was in the process of opening a character reference office in Abaco.

He said: “As the international flights begin to come in there, persons need to travel and we want to make it a little easier for them. We have been accommodating from Nassau and sending them over.”

Rolle continued: Crime numbers, of course, we have had a few minor breaches. We took action with those. You’ll have to find out from the people in Abaco whether they are satisfied with what they see, but I could say that I am satisfied that we have improved.

“There is still some more room for improvement and we are going to continue until they all feel safe.”

Abaco Chamber of Commerce Director Krista Albury suggested crime fears on the island were being downplayed. She said the frequency of burglaries and theft on the island was “totally unacceptable”.

When contacted yesterday, Albury said there has been a notable increase in police presence, but “crime is still continuing here”.

She said her tone may have been different hours earlier, but during the webinar, she learned police were at her home after an attempted break-in, the fourth such occurrence in recent times.

“Crime has been reduced to a certain degree, sure, but we are still seeing quite a bit of crime going on,” Albury said.

“The most that seems to be going on in the reports that have been released, has been locking up people for breach of curfew, more than anything else, which is getting some people off the streets.

“And we are seeing increased enforcement… when it comes to traffic violations in Abaco, so, they are setting up quite a few roadblocks and checking for insurance and licensing and those things.”

According to the chamber director, theft remains one of the greatest challenges, as well as squatting in homes.

Abaco largely remains in recovery mode more than a year after withstanding the brunt of Hurricane Dorian last September.