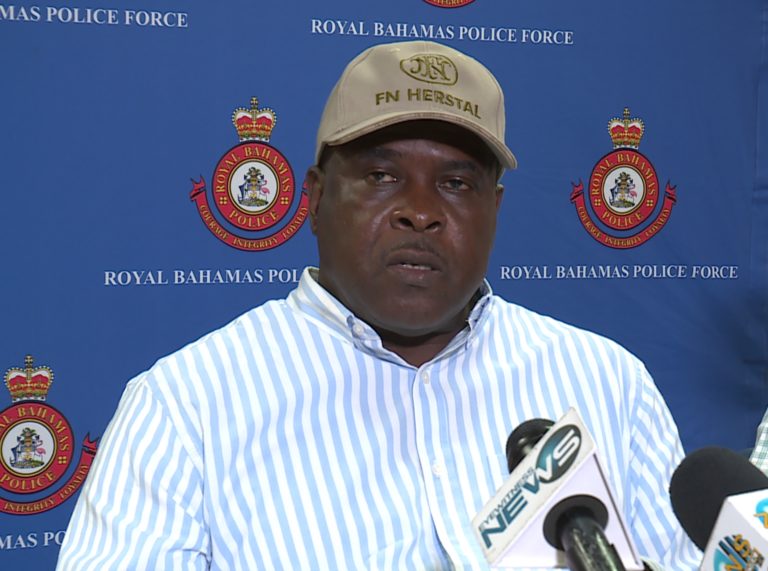 NASSAU, BAHAMAS – Seventeen people, including a 10 year-old-girl were shot on Ethel Street, Montell Heights, during a birthday party at midnight Sunday, according to police.

Authorities reported that a man, who was walking towards the party, was approached by two gunmen who began shooting.

Fourteen people were shot, including the intended target, according to police.

During a press conference at the Central Detective Unit on Thompson Boulevard, Commissioner of Police Anthony Ferguson said authorities were following significant leads into the shooting and police were “aware of who we are looking for”.

Pressed for details, Ferguson said, “You will be getting that shortly.”

He also sought to allay fears on crime, assuring the public that it is safe to go about their daily business.

“This is not a situation where persons are going around shooting anybody,” Ferguson said.

“It is still early in this investigation and as information becomes available, we will release more details.

“Be very careful [with] persons who claim to have information and if they do, I urge them to come and see the police so that the information can be dealt with.”

He added, “I am satisfied, based on the intelligence reaching me, that we have it in control.”

Asked about increase police presence on Ethel Street and the surrounding areas, Ferguson said that question normally follows crime incidents, but despite robust police visibility and patrols last night and over the weekend, the police are unable to “be everywhere at the same time”.

He said law enforcement agencies will do all that is possible to mitigate against any further incidents in the area.

The commissioner was also asked whether authorities had recovered a vehicle believed to have been driven by the shooters, but he did not confirm or deny, advising that police will continue to investigate, analyze and reach concrete conclusions.

Yesterday’s shooting comes on the heels of a double murder in eastern New Providence.

Authorities said yesterday morning that there were challenges with the phones in the police control room and the Central Detective Unit, and advised those with emergencies to dial 322-333(3-5).

Those lines were restored sometime yesterday.

Ferguson was asked whether the downed lines impacted the ability of the shooting victims’ to contact emergency medical services personnel or authorities.

He said while equipment is expected to fail from time to time, he was satisfied that there was sufficient response with respect to transport to the hospital and the medical teams.

According to the commissioner, officers responding to the scene learned that numerous people were en route to the hospital via private vehicles.

Darkened blood pools remained in the street just in front of the one-story home where the birthday party took place.

During the press conference, Ferguson also offered prayers for the victims and their families, calling the mass shooting “most unfortunate”.

He added that it was important for authorities to disseminate accurate information, noting that there has been misinformation widely circulated on social media since the shooting.