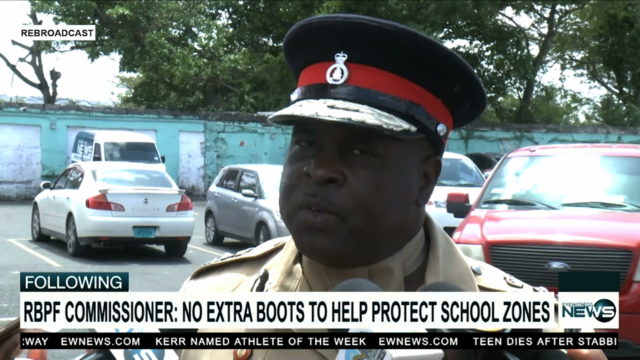 NASSAU, BAHAMAS – Police Commissioner Anthony Ferguson declared that the war against gang violence and troubled youth doesn’t begin with them but in the home. He, therefore, confirmed on Thursday that the police force will not increase its manpower in school zones.

Ferguson’s comments came on the heels of the stabbing death of a teenager who lost his life at the hands of another teen boy while walking home from school on Tuesday afternoon.

His comments also followed the public’s outcry for more police presence in school zones to ensure that students are safe after leaving the school compound.

“We have officers on the streets daily and I believe that we have adequate officers out there,” the police commissioner said.

Ferguson said more boots on the ground is not the remedy to violence on and off school campuses.

He asserted that if more families properly socialized their kids at home, incidents of violence on and off school campuses would not be an issue.

“We have to continue to train our children,” he asserted. “Our children have to learn how to behave and that is really a function of parenting and we cannot shortcut that.

“Outside agencies such as the police are in support of ensuring that we rear these kids in the right direction.”

He extended condolences to the grieving family and asserted that more needs to be done to stem the tide of crime among school students.

“Every incident is a cause for concern,” he said. “This is the world that we live in today where we see, around the world, where you have these incidents being played out in schools whether it’s mass shootings or attacks happening to administration.

“This is a concern that we will continue to look at and introduce measures, in a positive way, that will give law enforcement officers, teacher and staff the tools they need.”

The minister further clarified that those “tools” include community surveillance with the help of CCTV in neighbourhoods and areas surrounding schools.