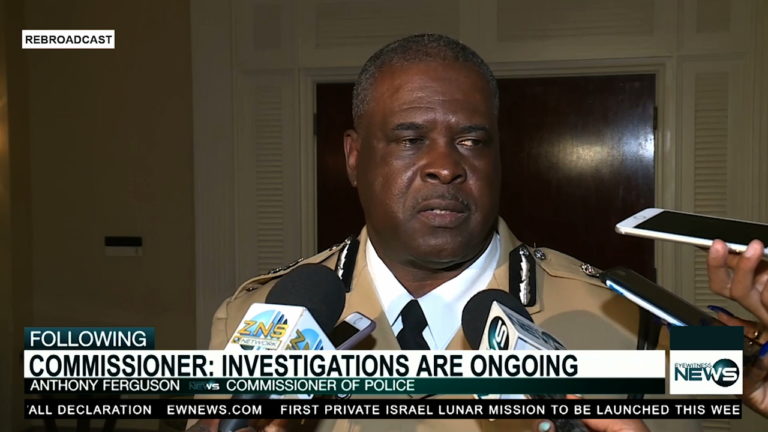 NASSAU, BAHAMAS – On the heels of a father’s report that he was brutalized while in police custody over the weekend, Commissioner of Police (COP) Anthony Ferguson said an investigation has been launched by the Royal Bahamas Police Force to investigate such claims.

Shavard Bain Sr. was taken into custody by officers of the Central Detective Unit on Saturday evening, just hours after he and his distraught family reported that his three-year-old son, Shavard Bain Jr., was allegedly abducted by two women in the area of South Beach Estates while he was riding his bicycle.

Bain Jr. has since been returned safely to his family.

He was dropped off around 7:00 a.m. on Sunday morning at a laundromat on Joe Farrington Road.

His alleged abductors, however, still remain at large and police investigations continue.

On Monday night, Bain appeared on the Beyond the Headlines talk show hosted by Clint Watson, to speak about the kidnapping.

While on set, Bain revealed that when he went to the police station to get some assistance to search for his son, he was held in custody.

Bain alleged that officers placed a bag over his head and attempted to suffocate him.

In response to Bain’s allegations, Commissioner Ferguson said on Tuesday, “If someone makes a claim it has to be investigated and in the conclusion of the investigation we will have to make our findings available.”

Meanwhile, the COP said an active investigation is still ongoing in search of two women who allegedly kidnapped young Shavard Bain by pulling him into a silver car, police reported.

“No one has been charged in connection and the investigation is being continued. It is very early, it was over the weekend. Today is Tuesday [and] some investigations close quickly and some take some time, and we believe in doing things thoroughly,” the Commissioner said.

The Commissioner also sought to ease the concerns of parents who are fearful that Saturday’s kidnapping may become a trend.

“There is no way in determining whether or not something else of that nature will happen [but] whatever it is the police will investigate it,” Ferguson assured.