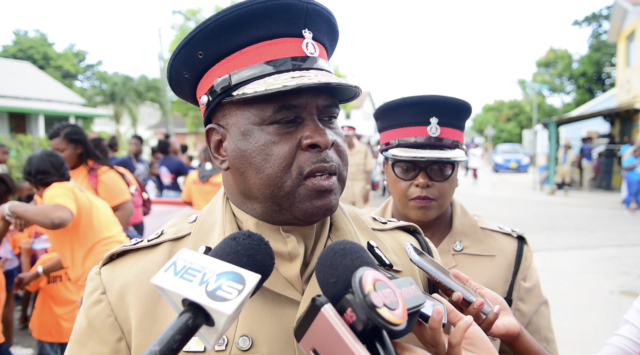 Commissioner of Police Anthony Ferguson said yesterday that police were still investigating the the disappearance of a file on the controversial Oban Energies project that reportedly went missing from the Bahamas Environment, Science and Technology (BEST) Commission, as well as the auditor general’s report on the National Sports Authority.

“…We have to do thorough investigations into these things

“The police pride itself on doing good work, and we don’t want to be premature in anything that we do.

“These are not simple investigations.

“We have to take our time. We have to follow thee information, analyses and hopefully when we are done, I’ll hopefully release the conclusion of the investigation.

Ferguson did not any details on the Oban probe.

It remains unclear whether the file has been recovered; what it contains or whether anyone or any entity was implicated in its disappearance.

Last April, then Assistant Commissioner of Police Paul Rolle, the now acting deputy commissioner, said while police were making progress with the investigation, it would not be appropriate to discuss what was contained in the file at the time.

Rolle has responsibility for the Anti-Corruption Branch of the police force.

The file went missing during the height of the Oban saga.

The government signed a heads of agreement with Oban last February for a $5.5 billion oil refinery and storage facility project in East Grand Bahama.

It did so in the absence of an environmental impact assessment (EIA), which was just one of the controversial elements of the deal.

The government signed the agreement with Oban on February 10, but the public was not notified at the time.

It held a “ceremonial signing” on February 19 with then Oban Energies Non-Executive Chairman Peter Krieger.

Minister of Labour Dion Foulkes, who chairs the Cabinet sub-committee and technical advisory group charged with examining the deal, revealed

As it relates to the auditor general’s report on the NSA, which was forwarded to the commissioner last April, Auditor General Terrance Bastian noted that a payment of over $1.1 million to “Company A’ was made for “services that were never performed”.

It was one of several tendering discrepancies reported on by the auditor general.