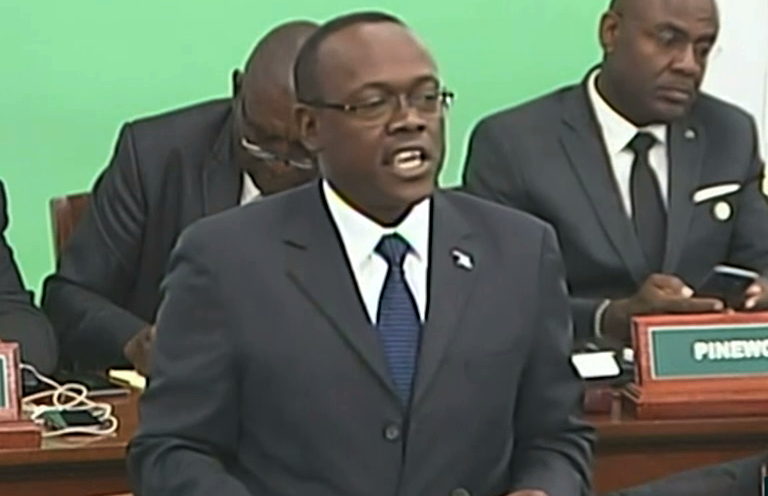 NASSAU, BAHAMAS — Exuma and Ragged Island MP Chester Cooper today implored the government to immediately engage in discussions with Scotiabank to delay or cancel its decision to close branches on several Family Islands.

Cooper said the closure of Scotiabank branches in Abaco, Andros, Long Island, and Exuma will deal a serious blow to those economies, which are already struggling from the effects of the pandemic and the harsh economic recession.

“This move is most disappointing to the loyal customers and residents of these islands that have used the services of this institution for decades,” he said.

“The people of Exuma have consistently complained of the dwindling level of services of banks there, particularly after Bank of The Bahamas closed its branch in 2017. On Exuma, the move will impact many businesses, tourists, workers at Sandals, government employees, pensioners, churches, and others.

“It will be near to impossible to keep the ATMs properly stocked with cash. It will also hamper attempts to deposit cash, posing a safety risk to business owners. The vast majority of Family Islanders cannot afford or risk traveling to Nassau for their banking needs.

“It is even more of a logistical nightmare considering the reduced operating hours of banks on New Providence and the ever-shifting travel protocols for inter-island travel under the state of emergency that apparently has no foreseeable end,” said Cooper.

Scotiabank on Tuesday announced that it has decided to consolidate its banking operations on Abaco, Andros, Long Island, and Exuma into branches on New Providence, revealing that branch traffic had dropped as much as 50 percent in some locations.

In a statement, the bank announced changes to its network in an effort to “realign its organizational structure with current revenues, as well as the significant shift in customer preferences”.

The bank indicated that changes in the impacted Family Islands “are in line with the significant shifts in customer behavior and transaction volumes over the past few years which have accelerated since the onset of the COVID-19 pandemic”.

Cooper argued that the idea that the bank’s new model can replace traditional banks on those islands is unrealistic.

“This is not a serious alternative to meet the needs of the people in these communities,” he said.

“Adequate banking is essential to commerce, orderly Family Island growth and development, and our way of life. I implore the government to immediately engage the bank in discussions to delay or cancel this move. Comments in the press by the minister of finance today indicate that the current administration has already thrown in the towel in this regard.”

Cooper said: “They must not give up so easily. The Sand Dollar is not yet ready to replace traditional cash transactions. The government must also move to reopen the Bank of the Bahamas branch on Exuma and expand the bank’s satellite network throughout our Family Islands.”

Cooper said that by doing nothing, thousands of Bahamians are essentially being left unbanked and at an extreme disadvantage in terms of economic viability and growth.

“These developments cannot be left as is as we witness the further erosion of the financial capacity of our Family Islands,” he added.

“The laissez-faire, hands-off attitude of this administration with regard to the stripping away of banking services on our Family Islands, and, in fact, all our islands, is intolerable. The government should stand in the gap for its people. To continue to do nothing is not acceptable.”

Scotiabank needs to go . They have been unfair in their banking system to Bahamians for far too long.