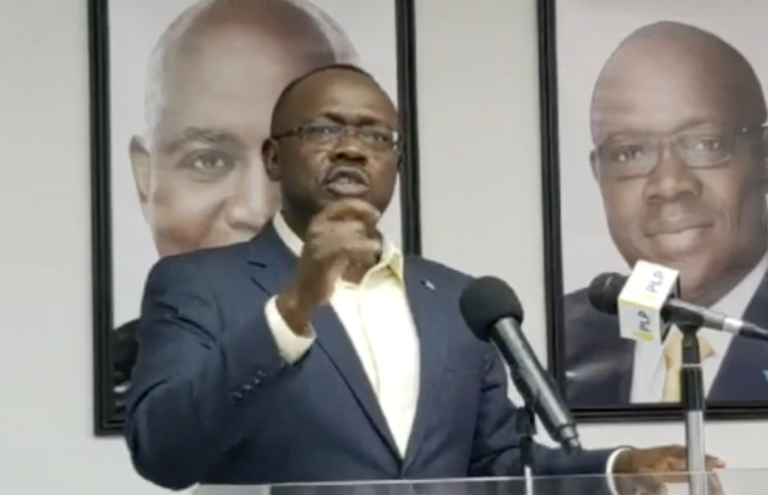 NASSAU, BAHAMAS — Progressive Liberal Party (PLP) Deputy Leader Chester Cooper said on Friday that he is “alarmed” and “concerned” about the government’s decision to cut key projects on Family Islands due to economic challenges.

However, during a press conference at the party’s headquarters, Cooper insisted that Minnis’ announcement came as a “surprise” given that the same projects had been touted as part of his plan to get the economy going again.

Cooper, the Exumas and Ragged Island MP, called it “concerning” that the Exuma airport project will be delayed, given that funding had been arranged in January 2017 under the Christie administration and a groundbreaking was being anticipated.

He noted that the move not only impacts the islands where the projects have been stopped.

“A delay in the creation of this airport is a delay in economic recovery and delay of getting more traffic to the south and Central Bahamas,” he said.

Cooper continued: “It speaks to a lack of a plan by the Minnis administration and we’ve spoken often about the ad hoc, seat-of-the-pants type of style of this prime minister, now minister of finance.

“We know that during these difficult times cuts may be necessary, but cuts must be [targeted] and wise. It must be designed to reduce waste and increase efficiencies.

“Cuts in capital expenditure only serve to strangle the economy, especially when it comes to critical infrastructure.”

Cooper noted that cuts to projects on Eleuthera and Exuma, which are major tourism hubs, are not “wise” or strategic.

He suggested that the government should seek to spend in areas that can generate revenue and inspire economic growth for the economy.

“The reality is that things didn’t have to be so bad,” Cooper said.

“The reality is that a part of the economic woes we face directly are a result of the decisions made by this government.”

He added: “We are alarmed. We are concerned. The people in Exuma, in particular, are very disappointed given that these plans have been in place for four years.”