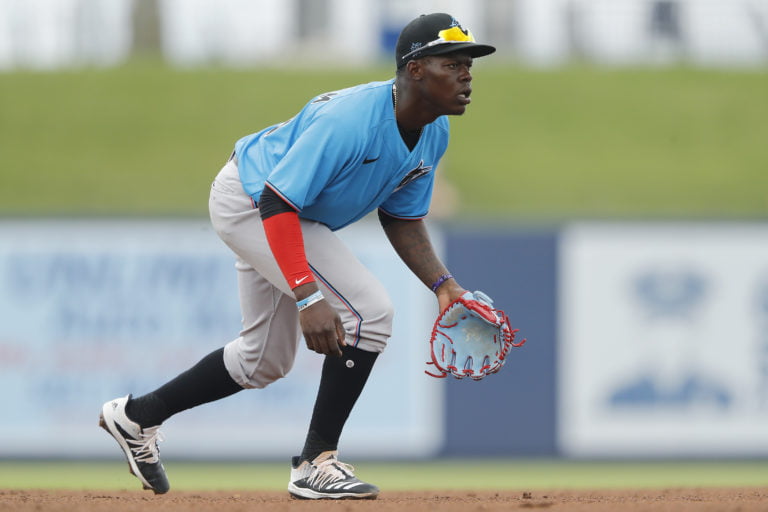 Jazz Chisholm, #70 of the Miami Marlins, in action against the Houston Astros. (PHOTO: MICHAEL REAVES/GETTY IMAGES)

Chisholm, who was always a highly regarded prospect, was competing against another top prospect, Puerto Rican native Isan Diaz, for the only open full-time position on the team.

Lewis said it was to the ministry’s delight that Chisholm was announced the winner of the spring competition for the Miami Marlins’ second base job Sunday, March 28, 2021 and expected to be in the lineup on opening day.

General Manager Kim Ng said: “Jazz is an exciting player to watch and will add a lot to the lineup.”

Lewis, in a statement, said: “Once again, on behalf of a proud nation, we wish Jazz continued success in his sport and in his new role as second baseman on the Miami Marlins team. No doubt this recent accomplishment will serve as an inspiration to his fellow Bahamian baseball players both locally and abroad.”