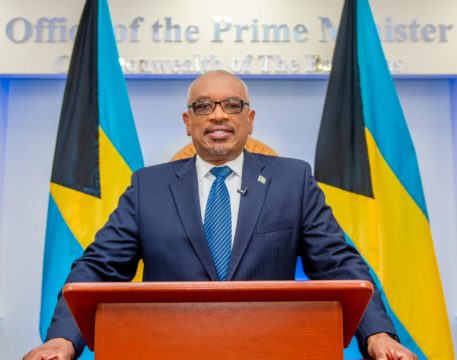 Bannister: Not everyone will survive the full five-year term

NASSAU, BAHAMAS — Several Cabinet ministers defended the Minnis administration and its stability following the resignation of Lanisha Rolle as minister of youth, sports and culture yesterday.

Education Minister Jeffrey Lloyd told reporters he has no concerns about the Free National Movement (FNM) despite the “naysayers” and “noise in the market”.

“We are a committed administration to the advancement of the Bahamian people and I am very confident about the leadership of Hubert Alexander Minnis and what he has done over these past four years,” he said.

He said when comparing the Progressive Liberal Party’s (PLP) record with the FNM, “any objective, reasonable-minded individual can only conclude that we have done, under the circumstances, a very good job”.

Minister of Immigration Elsworth Johnson opined that while resignations can occur, sometimes they are necessary.

“Some ministers have resigned and they remain committed to the party. That is sometimes what is necessary,” he said.

Deputy Prime Minister and Minister of Public Works Desmond Bannister said regardless of resignations, the Minnis administration will be judged on its accomplishments.

“In any Cabinet, not everyone is going to make the full five-year term. But this Cabinet will be judged on the basis of what we have done,” he said.

The Cabinet Office yesterday confirmed the prime minister’s acceptance of Rolle’s resignation as minister of youth, sports and culture, indicating certain matters brought to his attention are currently “under investigation”.

Rolle, who was the only woman in Cabinet, is the fourth minister to resign during the Minnis administration term, joining former Deputy Prime Minister and Minister of Finance Peter Turnquest, former minister of health Dr Duane Sands and former Minister of Financial Services, Trade and Industry and Immigration Brent Symonette.

Upon coming into office, Minnis sent a stern warning to his ministers, assuring they would be fired immediately if found being involved in anything unsavory or unethical.

At the time, the prime minister told permanent secretaries to report such behavior and don’t allow it to fester or face the same fate.

“Each day, we must work to maintain the confidence and trust of the people who voted for a new day,” he said.

“Every decision we make must be with the intention of improving the lives of our people.

“One thing that you have seen with the Minnis administration is that he has called on his ministers to account and you all know the circumstances,” Johnson said.

Meantime, Bannister underscored the government’s performance amid the coronavirus pandemic, expressing confidence that the electorate recognizes the leadership it has in the Minnis administration.