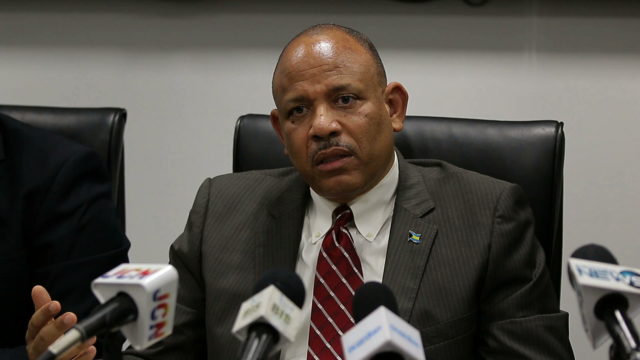 Physicians are finding it increasingly harder to treat conch poisoning, according to Minister of Health Dr. Duane Sands, who said recent statistics released by his ministry indicate that the outbreak has increased to over 40 confirmed cases in three weeks.

“We have seen increasing numbers of resistant Vibrio Parahaemolyticus that are not sensitive to the usual antibiotic,” revealed Dr. Sands.

“What that means is those patients are harder to treat and their symptoms are more prolonged and severe.”

Dr. Sands announced Thursday that the number of laboratory cases currently stands at 27, while the number of clinical cases has been recorded at 22.

Dr. Sands said this number does not account for a significant number of Bahamians who have suffered from conch poisoning but may not have sought medical attention.

Initial reports indicated that the outbreak was confined to vendors at Potter’s Cay Dock.

Since that revelation on July 4, the health minister revealed that confirmed cases have been found to originate from vendors on Arawak Cay and the Montague ramp.

Dr. Sands said all conch vendors must have access to fresh running water.

He confirmed that the government is serious about enforcing the legislation, which dictates what all vendors are required to do in order to continue business operation.

“There will be inspection teams verifying that people are actually following the recommended approach to conch preparation,” said Dr. Sands.

“The legislation allows for the various government agencies to shut down any persons who do not comply.”

Eyewitness News inspected stalls at Arawak Cay and Potter’s Cay Dock Thursday and discovered that a majority of those vendors had access to, and used fresh running water.

In contrast, vendors at Montague had little, to no fresh, running water.

But, Minister of Agriculture and Marine Resources Michael Pintard noted that this situation is being addressed.

“There are hoses that are coming out of the ground, but the installation of water facilities is not complete,” noted Pintard.

“So, certainly we will be moving with haste with Water and Sewerage Corporation and the Ministry of Works to remedy the situation in that particular location.”

Dr. Sands confirmed that his ministry is now taking into consideration that the conch poisoning outbreak could possibly spread to the Family Islands as well.

Eyewitness News heard from a number of fishermen who alleged that broken sewerage pipes, which run near Potter’s Cay Dock, are responsible for the conch poisoning outbreak.

Pintard was unavailable for comment on this up to the publishing of this article.