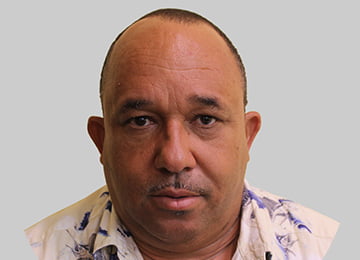 NASSAU, BAHAMAS — As the 2019/2020 crawfish season draws to a close this month, Bahamas Commercial Fishers Alliance (BCFA) vice-president Keith Carroll said the period has shaped up to be an ‘average’ one.

Carroll noted that the fisheries sector was also concerned over the potential impact of the global coronavirus (COVID-19) pandemic.

“We had a lot of bad weather but after Christmas the guys who had traps were doing pretty good,” he said.

“I can’t say it was good for everyone but for me personally I can’t complain.”

While acknowledging that Hurricane Dorian had a negative impact on fishermen in the northern Bahamas, the season has been an ‘average’ one.

Information provided by the Department of Marine Resources (DMR) revealed that Abaco and Grand Bahama represented a little more than one quarter of spiny lobster landings in 2018, and just one quarter in 2017.

Carroll continued: “The crawfish prices are still holding. I don’t know what’s going to happen from here on out. This is the best lobster price we have had since I have been fishing. Right now it’s $16.50 per pound.

“It’s the best price we have ever seen. I see that a lot of countries are closing down restaurants and so I am not sure what will happen with prices. Coming toward the end of the season a lot of places like to buy lobster to have it in stock after the season end. I hope by August this is all cleared up.”