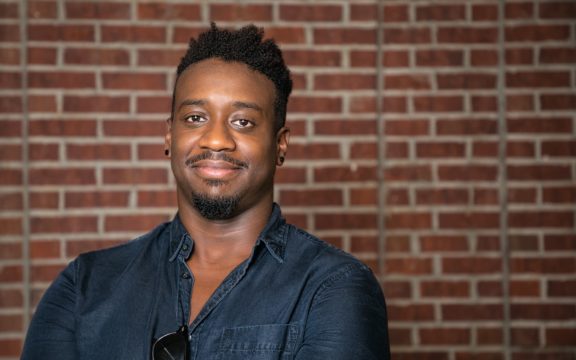 Lack of government support is no laughing matter

With half of the top 10 grossing films of 2018 based on comic books – an industry estimated to be around $865 million in the United States, according to market research group IbisWorld – a local illustrator and animator has called for increased government support.

“[We need] more patrons of the arts. There are some here and there are some real strong patrons in Nassau especially, but I think if government supported it more it would go really far,” said Lamaro Smith, creative director and founder of Motionsmith Studios, a boutique graphic design agency specializing in storyboards and animated commercials.

His remarks were made during Taking Comics Seriously 4, a lunchtime panel discussion about comics and animation, held under the auspices of the Blue Flamingo Literary Festival at The University of The Bahamas on Friday, March 22.

It’s unclear how much of that, if any, would go to those packing talent and an entrepreneurial spirit who are looking to rev up The Bahamas’ slow emerging comic books and animation industry presently fueled by very few creatives producing largely self-funded works.

Smith believes The Bahamas needs to create its own globally iconic superhero, similar to American comic book publishers, DC Comics – creator of Superman, Batman and Wonder Woman, among others – and Marvel, home to Iron Man, Captain America, Hulk and the like.

In fact, he has created his own modern-day mythology, the environmental crime fighter, Conchman, Man of Shell.

“I wanted to create a comic book that represents The Bahamas not just the touristic aspect that most people know us for in the world but a comic book that showcases The Bahamas, what we go through and the challenges we face,” said Smith, a native of Holmes Rock, Grand Bahama who recently relocated to New Providence to further his career.

“The more I worked on Conchman, I started to gear him towards environmental aspects. It’s a crucial problem and no one is really paying too much attention. Conchman is an avenue to tell these stories and it’s also an avenue for me to push myself, create art for The Bahamas that’s going to branch out.”

A full comic book release is scheduled for later this year.

An annual event in its fourth year, Taking Comics Seriously assembled a quartet of like-minded professionals to address an intimate mix of high school and university students on how to evolve from the student secretly sketching cartoons at the back of the class to a thriving artist.

“What we are now seeing is a body of work from different Bahamian creators that’s emerging in a way that hasn’t existed before,” Smith noted.

With strength in numbers, crucial gaps can now be filled, the assistant professor told students.

“There is a vacuum for new talent,” said Smith. “This is not a case of people jealously guarding their piece of the pie…There is actually opportunities here for someone to get a hand-up to get mentorship, to get work, to get the opportunity to see how things work so you are not starting from scratch.”

During the session, the panel urged young, imaginative minds looking to break into illustration and digital animation to surround themselves with other artists in order to develop a strong, supportive community.

Smith, who creates digital artworks of a wide variety utilizing his drawing skills and knowledge in software such as Adobe Photoshop, noted that it’s now easier than ever for digital artists to place their work directly in front of buyers and decision makers.

“That’s why I encourage everyone, all the stuff that you are writing now in the back of your heads, all those stories, all the characters, I encourage you to keep working on it. We have an audience. The globe is watching – Instagram, TV, even Netflix is open to new ideas so continue working on your stuff. Push your skills,” said Smith, a computer animation graduate of Florida’s Full Sail University.

“Figure out what you like doing. Don’t try to be anything that’s not sincere to you. All our stories are stuff that we are interested in and we are creating it in a way that is pleasing to us first and then we can put that out to the world, and they will love it too. Be true to your style but also understand that you are very young now, your style is going to change from now to ten years from now.”

He added: “You’re not even going to recognize your work, but you have to keep working. You have to be self-disciplined. You have to know that there’s nothing else I really want to do in life so I’m going to take the time and polish my skills because it’s good for me.”

Having produced commissioned work for leaders in the cable and healthcare industries, like many graphic artists Smith’s creations, but not his name, is recognized.

Most recently, he illustrated Roman and The Pink Flamingos, a children’s book authored by Sierra Blair. It is sold at the iconic Atlantis resort and at Ardastra Gardens, Zoo and Conservation Centre.

Although he’s fortunate to work full-time as an independent artist, Smith cautioned students headed into the profession. “It’s going to be hard. It’s not going to be easy,” he said.

According to Dr Smith (no relation), that’s because Bahamians tend to devalue the creative work of their fellow citizens.

“It’s not just in art, it’s in literature, it’s in music,” he said. “In order for a Bahamian artist to be taken seriously in The Bahamas they often have to first be taken seriously outside The Bahamas and then come back. So, it’s certainly not limited to animation. One of the things everyone can do to help is make a conscious effort to buy [local] works.”