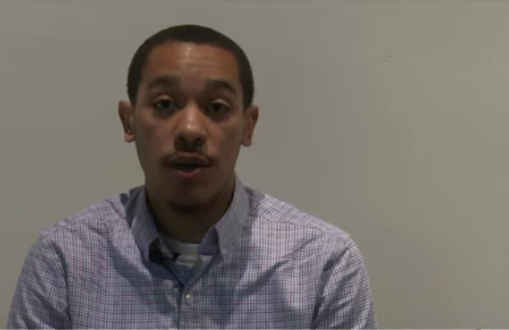 NASSAU, BAHAMAS – The Bahamas is losing young, smart and educated professionals because they just can’t seem to find lucrative job opportunities anywhere in the Bahamas.

These recent graduates therefore remain overseas, where they are offered jobs with excellent benefits, not to mention more pay – often referred to as a “brain drain” on the Bahamas.

This past weekend, Eyewitness News Online spoke to several graduates who explained why they have opted to remain overseas, rather than return home to build-up the economy of the Bahamas.

“I knew that coming home meant getting paid $5 an hour and my parents didn’t send me to school to make $5 an hour,” said Ermon Ward. “The advancement at my current job is something I don’t think I would be able to get  at home.”

“I wanted a better opportunity to hone the skills acquired throughout my undergraduate career and explore various aspects of my field to become as versatile as I possibly can,” said Raymond Dean Jr.

Kyle Campbell, a student who studies in Toronto, Canada said, “One of the main reasons I decided to stay in Toronto is because the opportunities here are more, especially in my field. I also feel like I would not be able to get paid for my degree efficiently.”

The graduates also expressed that while The Bahamas is able to attract people early in their careers, it has a problem retaining talent because there is limited room for growth on some jobs.

“I don’t want to be 42 and working in entry level position. I think if I’m qualified, I should be eligible for that position,” said Ward.

Campbell said, “Back home, it’s all about becoming a doctor, lawyer, or accountant. They don’t really focus on the arts. I’d also like to see the government focus more on sustainability.”

Raymond Dean Jr.  suggested that as a country, the Bahamas needs to broaden the horizons of students that are studying abroad.

“But instead, what we do is tell them they are overqualified for employment and I feel like that’s too narrow-minded for somebody that sacrificed so much to better themselves and their country. I feel like the Bahamas is not accepting of these students and won’t accommodate them and allow them to bring something new to the table. Something needs to change,” Dean said.

According to the Department of Statistics’ most recent census, as the Bahamas’ population passed the 350,000 mark, foreigners were collectively employed in almost 16,000 of the nation’s jobs.

Meanwhile, according to those Bahamians living overseas that Eyewitness News interviewed, they have no interest in returning home and it’s a decision that worries Public Service and National Insurance Minister Brensil Rolle.

“A brain drain does exist in The Bahamas,” Rolle admitted.  “We are challenged on every side, whether its Canada who is pulling professionals away or Cayman pulling our nurses.”