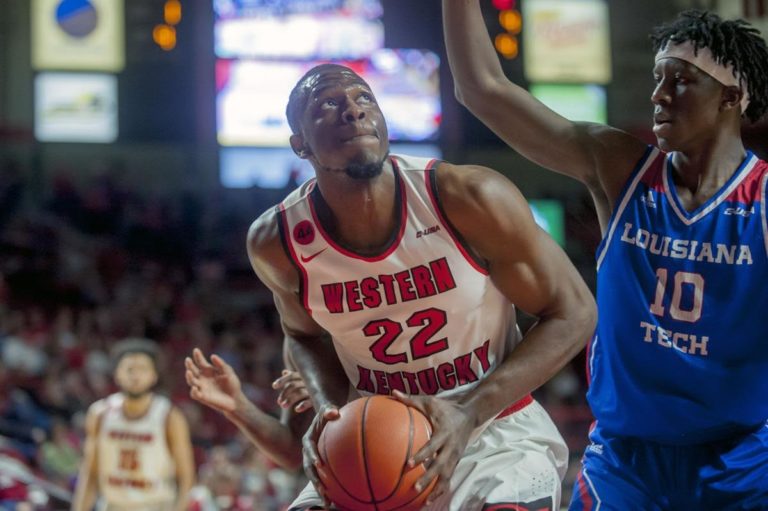 Coleby had his best season as a collegiate player last year at WKU. He averaged 11.1 points and eight rebounds per game while shooting 59 percent from the field and starting 37-38 games. He served in a leadership capacity for the first time as a college player for a Hilltopper team that was shorthanded most of the season.

The 6’9” New Providence native finished the season with 11 double-doubles after recording just one in his first three years of college ball.

After the 2017-18 collegiate season, Coleby competed for a spot in the National Basketball Association (NBA), playing for the New Orleans Pelicans in the NBA Summer League. He also competed in a pre-NBA Draft workout for the Utah Jazz.

In his senior season with the Kansas Jayhawks, he averaged 1.7 points and 1.8 rebounds per game in his lone season in Lawrence after transferring from Ole Miss.