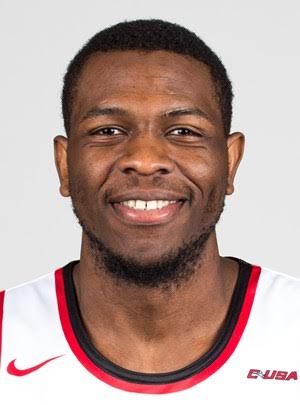 After overcoming a regular season filled with injuries and mishaps, Dwight Coleby and the Western Kentucky University (WKU) Hilltoppers come into the Conference USA tournament as one of the highest ranked seeds.

Coleby is in the midst of his best season as a collegiate player and now, the redshirt senior is looking to take No. 3 WKU to a place it hasn’t been since 2013.

The 6’9” forward is averaging 11.7 points and 7.9 rebounds per game and is shooting just over 60 percent from the field.

“I know the guys will be relying on myself and the other seniors heavily for a lot of things, particularly leadership and some of other things off the court,” Coleby said about the tournament.

“We have to stay focused and stay positive. I think we are going to be alright.”

The Hilltoppers take on the University of Alabama at Birmingham Blazers today at 9 p.m.

“We’re prepared and ready to go,” he added. “We practiced with a lot of energy over the past few days and from what I see the guys are ready to roll. It could have been FAU or UAB honestly, I think we are prepared for anyone that we play.”

The winner of the Conference USA tournament gets an automatic bid into the National Collegiate Athletic Association (NCAA) tournament at the end of the month.

For the first time, the Conference USA tournament takes place at the Star, a sports and entertainment complex that serves as headquarters for the NFL’s Dallas Cowboys.

The basketball games will be played inside the Ford Center, an indoor stadium that hosts Cowboys practices and local high school football games.