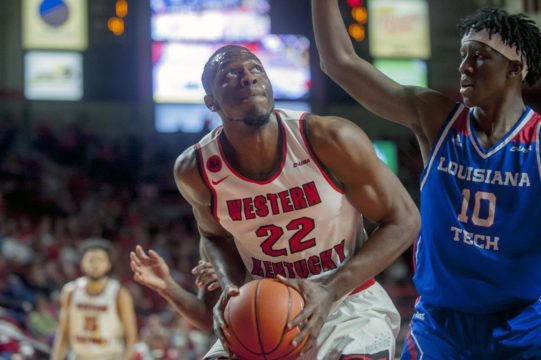 Deandre Ayton won’t be the only Bahamian looking to impress coaches and scouts this week in the National Basketball Association’s (NBA) annual Summer League in Las Vegas, Nevada, as one athlete is trying his hand at rostering.

The Pelicans are assured of at least five Summer League contests in Vegas. It’s the first edition of the tournament that will include all 30 of the league’s teams.

The team will make its debut on July 6 against the Toronto Raptors, followed by games against the Miami Heat on July 7, and the Detroit Pistons on July 9 to finish pool play prior to the single-elimination tournament.

Coleby is coming off his best collegiate season.

He averaged 11.1 points and 7.9 rebounds per game for the Hilltoppers. He also led the team to a 27-11 regular season record and a National Invitational Tournament (NIT) appearance.

Coleby began his journey to the pros last month when he attended a pre-NBA draft workout with Utah Jazz.