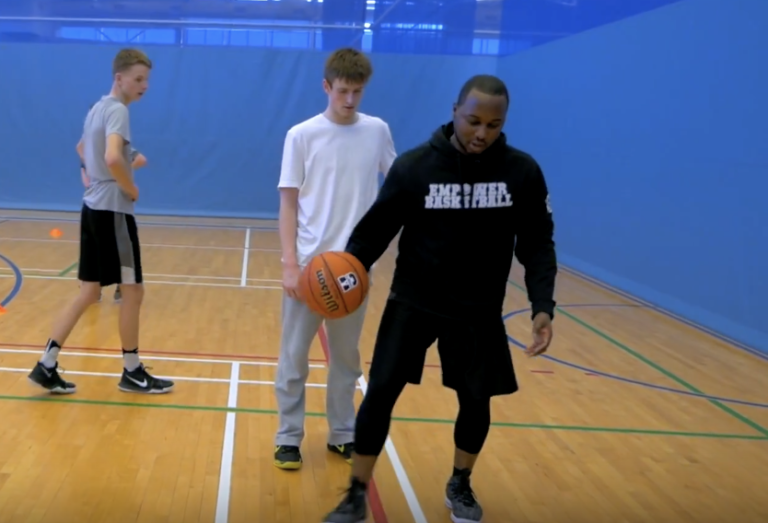 In an effort to help local student athletes garner scholarships and professional opportunities to play basketball, the Empower Sports Network (ESN) has come on stream to provide new opportunities for Bahamian athletes.

Empower founder Ollen Smith said he plans to place great focus on the development of youth basketball in The Bahamas. Prior to starting his own recruiting service, Smith served as a recruiter for St. Mary’s University (SMU). The former junior national team player also conducted clinics in Nassau and Eleuthera to target aspiring players.

“We formed this last year off of doing three training sessions on Centreville Park,” Smith said.

“… (we) started out with four kids, two days later the numbers were up to 45. Kids from the surrounding areas they all turned out and were eager to be a part of it.

“Seeing the impact it had, we started to focus on the brand. We went to Canada, took it to the Canada Games Center and people just fell in love with it. With our brand it’s not only basketball focused but we want to touch base with football, soccer and every other sport that ties Canada and The Bahamas. Our goal right now is continued growth.”

While many new summer basketball development programs have come about in the past several years, Smith said, the country needs to focus on year-round development to truly capitalize on its buzz in the global basketball community.

“We need more people travelling to places to seek out talent. I saw kids with talent, they just need the right help to be seen and develop the skills necessary,” he added.

“We had about 25 players out and you can tell right away kids were ready to show their skills off. It was a good showing. I was happy to see these kids could actually play – super athletic, run the floor, play defence.”

Although he’s not sure what the next sport will be, Smith said he is certain the program will soon expand beyond just basketball.

“I don’t only want to give back but it’s how you give back. The first thing people want to do when they make it is to host a tournament. But we have the youth and we have females that are left out a lot of the times and we have that structure of teaching that is left out,” Smith said.

“I’ve always been particular with trying to teach and train, but after being approached by a university to recruit, it was a pretty great feeling to know I can directly impact lives that way.

“The next step is to invite the coaches themselves, go to the Family Islands, do something different, and I think it’s time to give everyone in Canada and elsewhere a chance to see what good teaching and molding can do for our kids and their futures.”