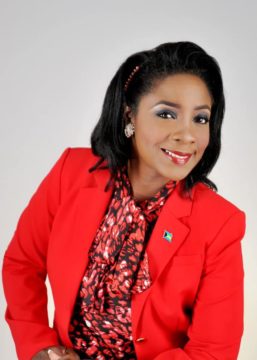 NASSAU, BAHAMAS — Prime Minister Dr Hubert Minnis clarified yesterday that former Minister of Youth, Sports, and Culture Lanisha Rolle is not directly a part of an investigation currently underway, nor is she being investigated.

Rolle tendered her resignation as minister of youth, sports, and culture on Tuesday, but did not provide a reason for her resignation in her letter to the governor general, nor when she confirmed her decision to Eyewitness News.

A statement from the Cabinet Office advised: “Certain matters have been brought to the attention of the prime minister and are under investigation.”

It remains unclear what the investigation entails or the matter surrounding it.

When asked whether Rolle is directly a part of that investigation or being investigated, Minnis told reporters: “No, she’s not.”

Meanwhile, the Office of the Auditor General is currently conducting an audit of the Ministry of Youth, Sports and Culture and the National Sports Authority (NSA).

Auditor General Terrance Bastian confirmed the audit will be reviewing expenditure and relevant contracts with the ministry and authority.

Bastian noted it is an ordinary audit that was planned before Rolle resigned.

Eyewitness News understands the audit began last November but was stalled due to restrictions amid the COVID-19 pandemic.