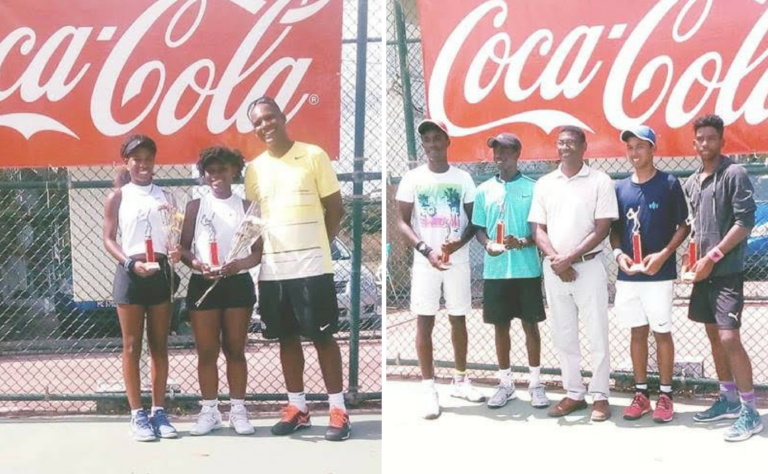 Both Sydney Clark and Donte Armbrister performed well over the weekend at the Coca Cola International Tennis Federation (ITF) Under-18 Tournament in St. Lucia.

Clarke was a finalist in both singles and doubles action, picking up wins over opponents from Barbados and the United States. She lost in the final round in two sets to Dasha Plekhanova, from Canada,

Clarke teamed up with Tanglia Riley-Codrington, from Barbados, to defeat opponents from the United States and Puerto Rico.

As for Armbrister, he defeated Liam Sheppard from Trinidad and Tobago, and Stephen Slocombe from Barbados. Armbrister lost in the quarterfinal round to Paul Colin from France, in a tightly contested match.

The Bahamas Lawn Tennis Association (BLTA) yesterday issued a statement congratulating both athletes for their play in St. Lucia.

“We at the BLTA congratulate both Sydney and Donte for their recent success in the U-18 ITF and look forward to future victories,” the release said.

“Sydney and Donte continue to perform at a high level and we are encouraged that they will both continue to climb higher in their tennis journey. We wish them both much success.”