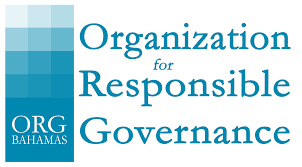 While the government is in the process of tabling a number of bills to be reviewed for enactment, the Organization for Responsible Governance (ORG) strengthened its call for the Minnis administration to give priority to the passage of the Integrity Commission Bill.

It’s been nearly one year since the bill was first tabled in the Lower Chamber.

Not much has been done since then, lamented Matt Aubry ORG’s Executive Director.

The bill was tabled October 8, 2017, and has been touted as a huge step toward a new regime of anti-corruption in the country.

With recent headlines revealing discrepancies in a number of high profile cases currently before the court, Aubry told Eyewitness News Wednesday that the government needs to act now to ensure that transparency in governance is adhered and respected.

“You see in some of the most high-profile corruption cases that there is a need for an independent body to be able to receive these claims to ensure that there followed up approximately and to ensure that due diligence has been done so that when they hit the prosecutorial component they are going to be followed through without glitches,” Albury stated.

“Additionally, if we are going to if we are really going to address corruption, we not only need to ensure that legislatively we have it in place, but also ensure that there is a body in place for also ensuring that we are evaluating any opportunities for corruption in the public system and that we are also changing the culture through public education.”

Aubry confirmed that his organization is currently discussing ways to get the ball rolling on public education initiatives.

“ORG and other civil society groups are looking at how we may launch a public education against corruption and focusing on integrity because we actually all play a role,” he said.

Aubry revealed that his organization’s research uncovered that countries like Jamaica and Trinidad – who have adapted accountability entities – have made major steps forward while rebuilding public trust in government.

While he feels that government has been open to the idea of enacting the bill in the future, there have been no conclusive answers as to when it will be finalized.