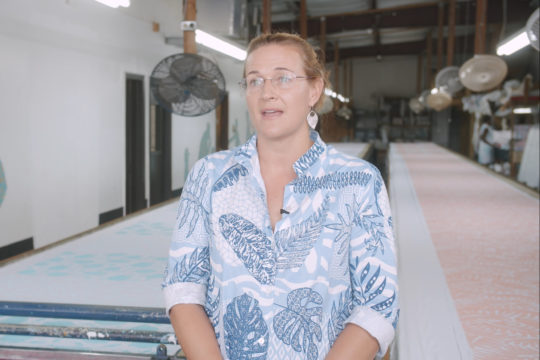 NASSAU, BAHAMAS — Local retailers are encouraging Bahamians to ditch Amazon and Walmart this holiday season and shop local, describing this Christmas as “make or break” for many small businesses.

The initiative will feature radio ads, billboards, social media marketing and newspaper ads designed to educate local consumers about the direct connection between their purchase decisions, national employment and the Bahamian economy’s health.

Alannah van Onselen, Shop Local director and president of Bahama Hand Prints, said: “Our economic success as a country is enhanced when we support the local economy. Local businesses need the support now more than ever in light of the COVID pandemic. When local consumers shop locally, it helps to support thousands of local jobs and build the economy by retaining money in the community, growing entrepreneurship and innovation.”

Karla Wells-Lisgaris, BLIDC vice president, said: “We are hopeful that Bahamians will support local businesses and buy Bahamian. We need to keep as much money in the country as possible.”

Carla Moss-Fitzgerald, marketing director at the Mall at Marathon, noted that despite the fallout from the pandemic, the mall has not seen any significant number of departures as a direct result.

“We have not had many stores leave for that reason,” Moss-Fitzgerald.

“We had two stores whose leases came to an end and they declined to re-sign. Those two stores were Shoe Depot and Jean Junction. They also had other things they were looking into and other things going on in their store management that they made a decision that not to renew. Those stores had planned their departure prior to the lockdowns,” she added.

M@M you could tried a harder to keep them. From what I understand, you cause them to not to renew!!

Shopping online is a convenience that will not go away any time soon. Especially during this Christmas season. Who wants to wait in the hot sun on long lines? And for something that they can get at a much better price and have more options to shop around by using the online platforms. True, shopping locally will help keep the economy afloat somewhat. however,it is in our nature to take the less complicated path to reach a desired goal. Bahamian retailers will have to create there own online platforms to promote and sell their items as well as having a store. They will have to adapt to survive. All of us will

Kaal – such a good idea to invest in local stores going online – your tourist will also support the online platform from their homes. If anyone is a business owner reading this check out Shopify. They ( at least in Canada right now – hope it’s the same there) have lots of very good – free programs and very inexpensive Programs and supports to help you use their platform to go online. I have nothing to do with them except a family member that just got an amazing website with them and it’s amazing. Best wishes.