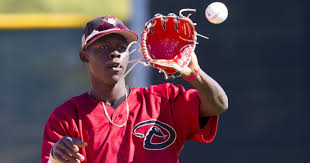 He’s recorded hits in nine out of the Cougars’ last ten games, averaging .333. He has 13 hits over the course of those games, to go along with one homerun, five Runs Batted In (RBI) and four stolen bases.

Chisholm, known for his power at the plate, has improved his efficiency in the batter’s box, one of the few concerns scouts had about him coming into the season, especially after being sidelined with another leg injury the majority of last season. He had one run and one hit on Sunday in a 4-3 loss to Great Lakes.

Cougars hitting coach Rick Short in a recent interview said his goal with Chisholm is getting him to perform regularly to the point where he realizes his potential.

“All the tools are there,” Short said.

Chisholm missed the minimum amount of time due to the injury and immediately picked up where he left off from his hot start to the season.

“My timing is getting back into the competitive side of things.

“I love that about (Short). He really pushes confidence in the box. He’s not a big mechanics guy. Just get on time and you’re going to crush it every time.’”

The shortstop, who was sidelined for most of the 2017 campaign due to a torn meniscus, seems likely to earn a promotion to the California League later this season.