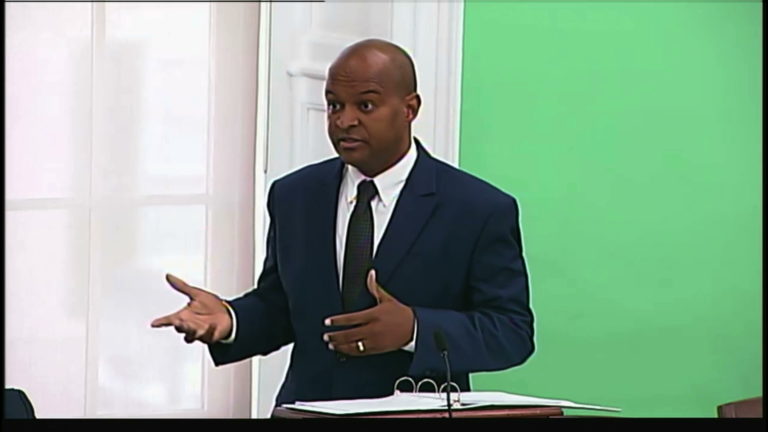 NASSAU, BAHAMAS — Centerville MP Reece Chipman yesterday slammed the Minnis administration for its borrowing, stating during his 2021/2022 budget communication that the country is in a “debt crisis”.

“This is an election year budget,” Chipman said.

“Many promises of concessions and no mention of our natural resources our your commitment to accountability and good governance.”

Chipman continued: “Our leaders are simply lazy. They have no ideas or vision. I think to some degree they are intentionally visionless when it comes to repayment of our debt. It’s a  selfish approach to governance.”

The Centerville MP asserted that the Bahamian economy is “on crutches”.

“That’s the narrative that should be coming out of this budget. Our economy, our people, our social well-being is on crutches,” he said.

Chipman argued that the Minnis administration’s priorities and goals are not in line with the needs of the Bahamian people.

Chipman added: “This budget is disconnected from the people…take your knees off the necks of the Bahamian people.”

Prime Minister Dr Hubert Minnis recently noted during his budget statement that the projected deficit is foreshadowed to be $951.8 million in the 2021/2022 fiscal year.

The government is seeking approval to borrow nearly $1 billion to cover expenses leftover in this fiscal period and cover the estimated deficit in the upcoming period, among other commitments.

The prime minister has tabled a resolution revealing the government’s intention to borrow $871,645,371 million in the 2021/2022 fiscal year.

He also tabled a second resolution to borrow $115,247,319.15 for the mitigation and treatment of COVID-19; to support the Public Hospitals Authority’s modernization of the health system, and to incentivize medium and small businesses.

The government projects to take in $1.8 billion in proceeds from borrowing in the coming fiscal year. Government debt is estimated to balloon to $10.386.4 billion, 84.3 percent of GDP, by June 2022.