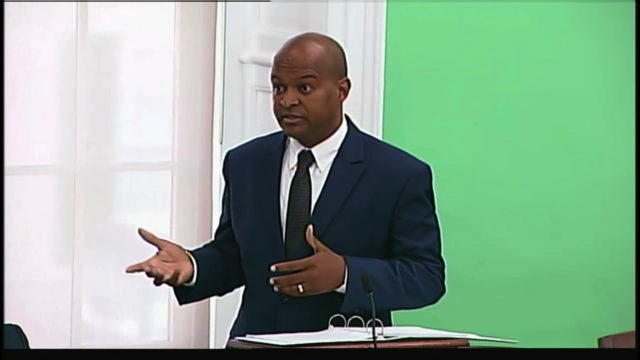 NASSAU, BAHAMAS – Centreville MP Reece Chipman suggested yesterday that while the Free National Movement (FNM) campaigned on accountability and transparency, the abuse of a House rule on Wednesday that prevented opposition members from asking questions of the government is an “injustice to the Bahamian people”.

Chipman made the statement in a press release a day after he and Pineridge MP Frederick McAlpine stood with the opposition against Parliament proceeding with the normal agenda of the House instead rule 39 (2) of the House rules.

The rule details the order of business when the House meets on the second Wednesday of the month when members can ask questions of the government.

On a point of privilege Wednesday, Chipman asked Speaker of the House Halson Moultrie to clarify whether the agenda was being followed in accordance with rule 39.

In response, Moultrie pointed out that the rule referring to ‘question time’ was contingent on the accommodation of the House.

However, Bamboo Town MP Renward Wells, the leader of government business, moved for the House to follow the normal agenda.

In his statement yesterday, Chipman said, “In a time when heads of agreements are not transparent, the middle class is dwindling, classes remain overcrowded, and the gap between the haves and have-nots continue to widen, the Bahamian people need answers, [and] our people have the right to know.

“If we are following the Westminster model and our rules are based on that, let’s respect the Bahamian people enough to follow the rules we created.

He also said he was elected to be different, not indifferent to aspects of a system that is not working for the electorate.

He added that the former administration abused the rule, perhaps “even more than the Free National Movement”, but said it should not continue as it is unfair and does a disservice to the Bahamian people.

“My message has not changed: educate and bring awareness to the Bahamian people,” he said.

“Let awareness and knowledge be the level playing field.

“Political benightedness will not be the order of the day.

“The Bahamian people have a right to know when Parliament is playing games with their futures.”

Chipman also referenced that Moultrie alluded to the ambiguity of the rules.

In a letter addressed to Moultrie dated November 26, Opposition Leader Philip Davis notified that pursuant to rule 59 (1) of the House rules, the opposition intended to have a “question time” at all House sittings beginning in December and for the duration of the current legislative agenda.

Moultrie wrote to Davis on November 30 and said while he appreciated the request was in line with the “spirit and intent” of the Westminster model, “the unfortunate fact is that the very letter of the Rules expressly forbids you from proceeding as you seek to do unless, of course, both you and the House are in like spirit on the second Wednesday of each month”.

Moultrie said the rules intend ‘questions time’ as an “accommodate exercise rather than an unfettered right”, which he called an unfortunately written construct that appears to run counter to the “essentials of transparency and accountability”.

He said it underscores the need for the modernization of the rules of the House.

The speaker tabled both letters in Parliament.

In July, McAlpine got into a brief, but heated exchange with governing members and the House speaker over the same rule, which McAlpine said has not been observed since the Minnis administration took office.

At the time, Wells, who said the MP was referring to opposition day, noted that the Christie administration had not once adhered to or agreed to facilitate questions.