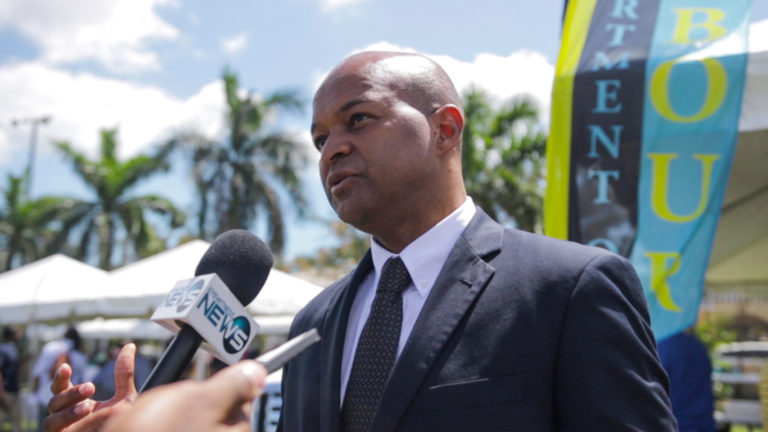 In an interview with Eyewitness News Tuesday, Chipman said, he was still weighing his options.

Last week, the issue between the fired chairman of the Antiquities Monuments & Museums Corporation (AMMC) and Dr. Minnis, took an unexpected turn when Chipman told the media he was contemplating suing the prime minister for defamation.

“We are now reviewing the constitution and our laws with regards to character defamation and assassination,” he said at the time.

Yesterday Chipman clarified that he was not upset with the prime minister for firing him, but was bothered by the “context of Dr. Minnis’ comments to the press”.

“It’s about the context of the comments, it’s not about the firing,” he said.

“You can fire anyone. You can move them from one place to the next especially in politics that’s an expectation. What is not expected is the comments that came from him – the comments that would have been attached to a question that was asked of him. And then he went on to speak to corruption and weeding out corruption with my name pretty much in the same sentence and then saying that he many never disclose why (I was fired).

“It leaves so much room.

“My business depends on my reputation, my business, my life, my family life depends on whether or not I do things a certain way. Quite frankly, a prime minister doesn’t have to say why, he can just ask you to move or to be relocated or reappointed but, all of this, the turn of events, came from the comments not the firing.”

When asked if the threat of a lawsuit affected his relationship with members of the Free National Movement (FNM), Chipman said “it’s all a part of politics”.

“Well, as far as I am concerned and as far as what I have seen or heard, no, it hasn’t affected me yet,” Chipman said.

“It’s just a matter of clarification for me. I think politics has its way and I guess I am working my way through it but it can have an impact your core. It’s all a part of politics but It can have its impact your core when it impacts aspects of integrity, truth and honesty.”

Last Monday Dr. Minnis said he would not tolerate corruption of any kind and that he was led by his “conscience” to terminate Chipman as AMMC chair.

While not revealing why Chipman was terminated, the prime minister suggested the firing was related to corruption.

“I always say, whatever I do, I put God first and I am lead by the conscience. Once my conscience is clear I am happy and the FNM made a commitment. We said that we would govern in a certain manner and a certain way,” Dr. Minnis said.

Dr. Minnis would not reveal why Chipman was fired however, he said, after meeting with Cabinet, he would partially inform the public.