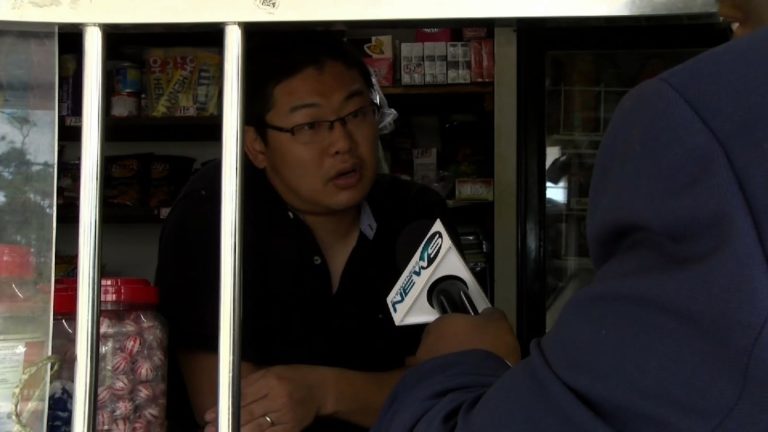 The Chinese Bahamian Association responded to a recent news story, which aired in a recent broadcast after a viral video showing Chinese restaurant workers allegedly digging in their sewerage systems, claiming there was nothing untoward about what was depicted in the video.

Association officials on Wednesday said they have been under contract with Bahamas Waste Management’s biodiesel division to collect the used oil from their grease pits, as part of a revolutionary eco-friendly responsible programme, which recycles waste oil into biodiesel for the past two years.

The association also claimed that none of the business establishments reuse the oil and have fully complied with all health and safety regulations in order to possess a valid business license.

The group is hoping to clear up any misunderstanding about business practices.

Below is a copy of the letter sent to Eyewitness News. 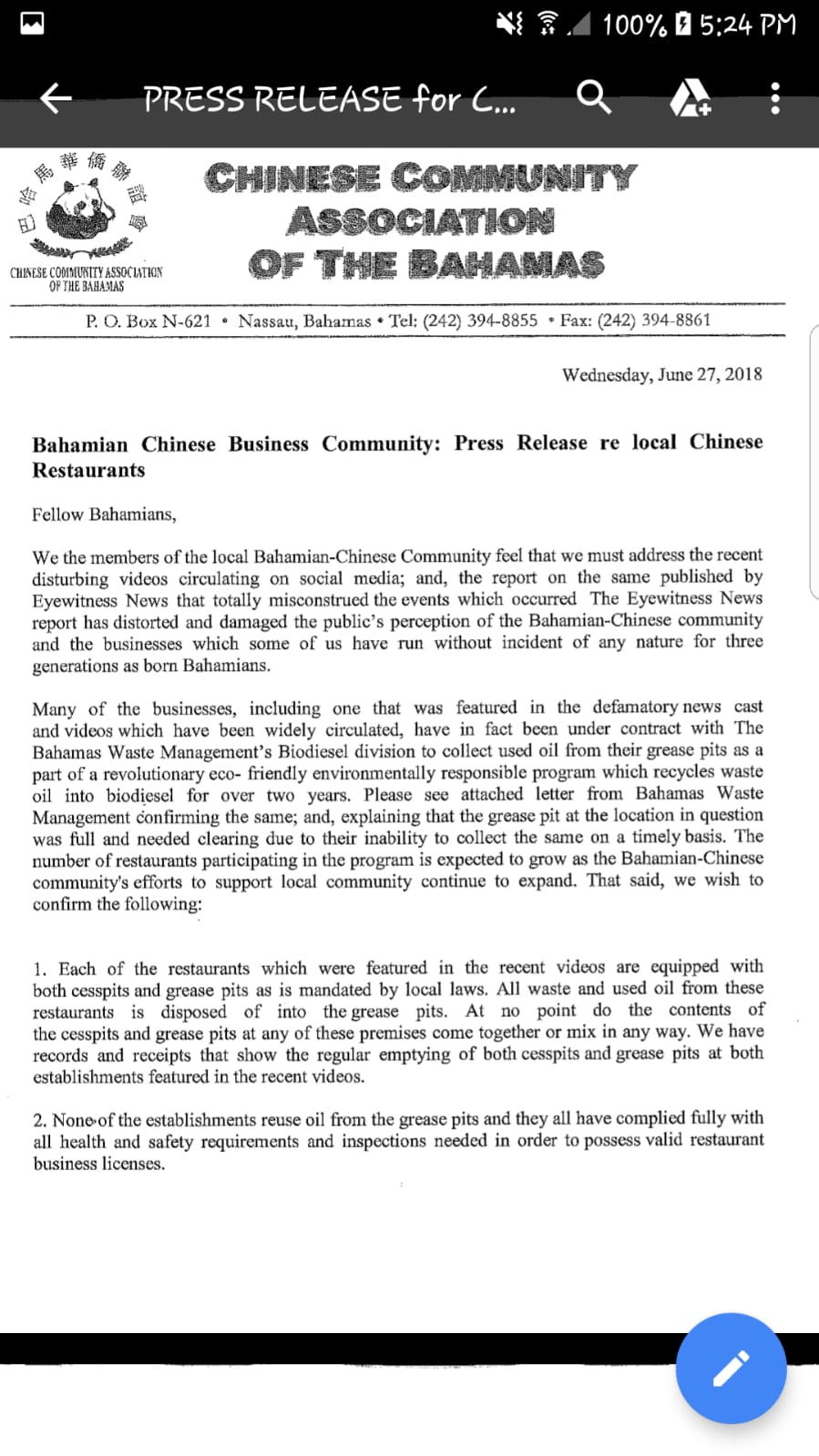 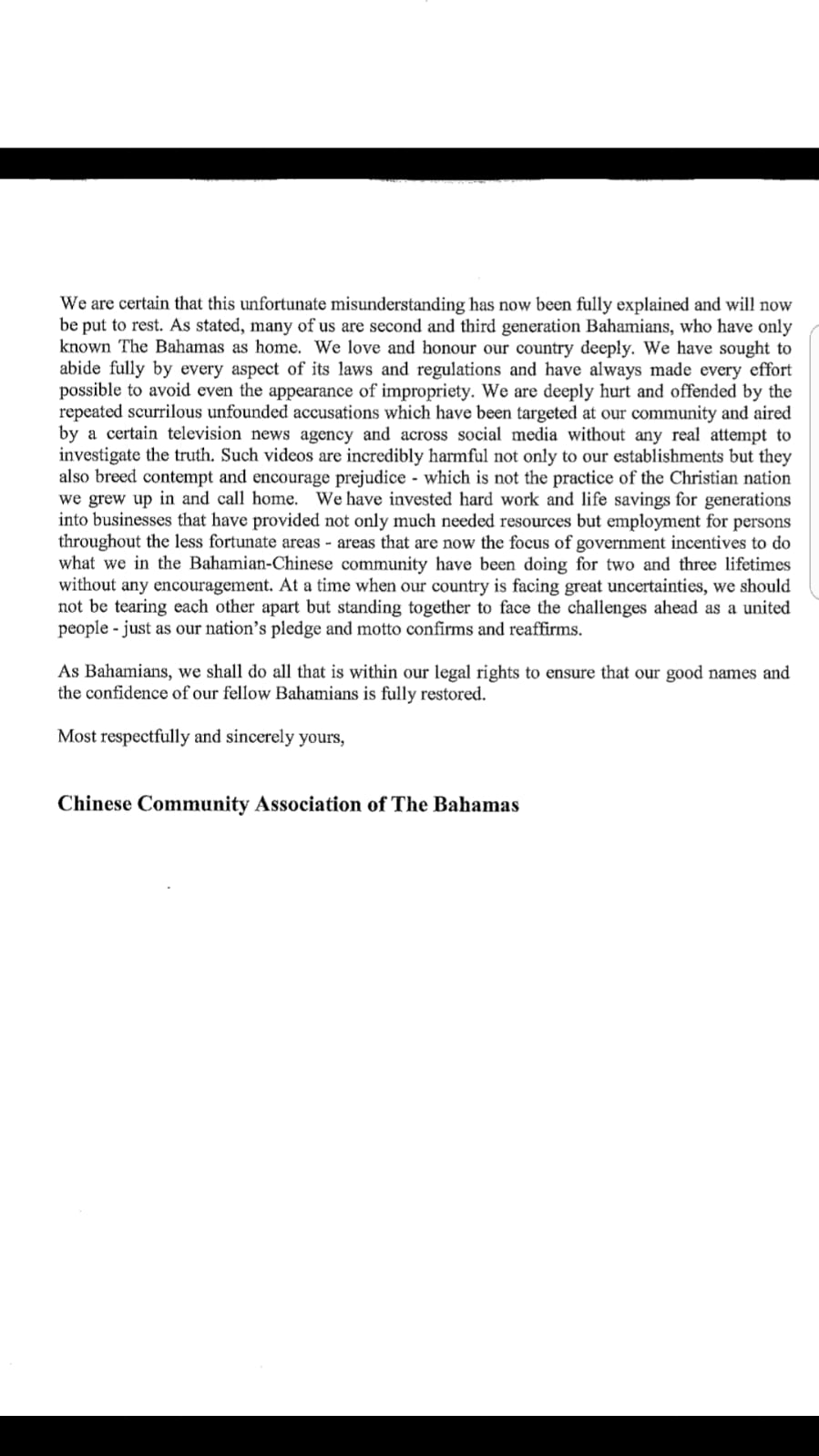