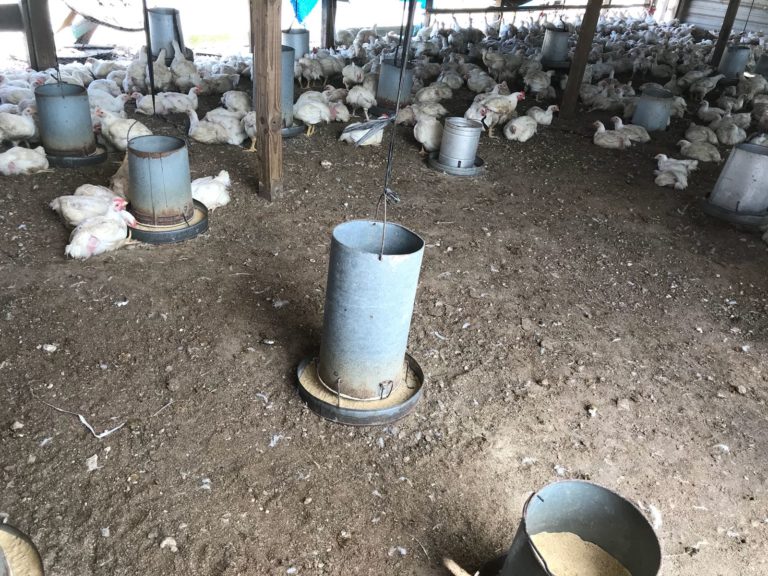 Once a coop filled with chickens, owners of the Poultry Outlets and Farm facility now grapple with the loss of more than 500 of their livestock being stolen.

An estimated 500 chickens were stolen from the Poultry Outlets and Farms facility Sunday evening, the second robbery within a three-month span, the owners of the organic farmland said.

“We’ve filed numerous reports before and we haven’t seen anything come from them,” Carey-Ann Poitier, one of the company’s farmers, said in an exclusive interview with Eyewitness News Online.

Poitier said, she is discouraged by what she claimed has been a lack of response by police over the years.

She said she only recently started filing reports again for the farm but suggested the failure of police investigations on her farmland speaks to the lack of value placed on farmers in the country.

She also pointed to a small ripped opening in the chicken coup, explaining to Eyewitness News Online, that she assumes the suspect/suspects are persons familiar with their property and farmland, who continue to steal from them considering their technique.

“Usually, they would put the mesh back in a way where it wouldn’t alarm you, until you see a significant drop in the number of chickens,” she said.

cll in place. There was no alarm until we went in. We saw the screen wire had been ripped, and there was a number of birds outside of the coup,” she said.

“This is a comfort zone, you could see a significant removal because the floor space is where the birds occupy.

“We did a head check and we estimated over 500 chickens were taken.

Poitier explained the robbery was a huge blow to the company and said that just one chicken goes for $7 and a loss of 500 equates to $3,500 loss in revenue.

But, Poitier explained the recent robberies on her farmland is just one example of many. She further pointed out that many other farmers experience similar break-in’s and they don’t receive any attention for it.

According to the Minister of Agriculture and Marine Resources Renward Wells, there are an estimated 1,500 registered farmers in The Bahamas.

Poitier’s cry for help comes a few months after farmers held a protest outside the Office of the Prime Minister, where they cried shame on the current and previous administration for “ignoring” their concerns.

Last month, Minister Wells promised to make farmers insurance a priority of his ministry, but didn’t provide an exact date when changes would be made.