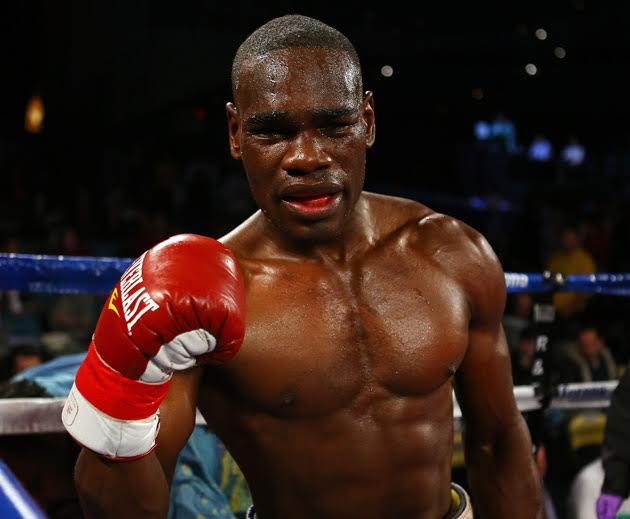 Cherry will take on rising lightweight Dennis Galarza (16-2, 9 KOs) in a 10-round co-main event on Friday, April 13, in Minneapolis, Minnesota on the Premier Boxing Champions card.

Cherry has knocked off former contenders Haskell Rhodes and Omar Douglas, since losing a split decision to Jose Pedraza in a 130-pound world title match in 2015.

“Dennis is a great, young fighter who is on the rise, coming to win and looking to become a world champion, but he is in for a real fight,” Cherry said.

“I’m not taking this flight lightly, I’m getting ready, and I’m ready to go all out on April 13. After this, I hope I’ll get my third opportunity at a world title.

“I took the Lydell Rhodes, Omar Douglas and Jose Pedraza fights because I’m a warrior who wants the opportunity to fight the best, and ultimately, to fight for a world title. The Pedraza fight didn’t go my way on the scorecards, but the whole world knows the true outcome of that fight. I went back to work and I’m ready to prove it again.”

Cherry, 35, previously challenged Timothy Bradley and Paulie Malignaggi during his career that included a 10-fight win streak after the Bradley bout.

Galarza, who has never faced a fighter of Cherry’s caliber said, he looks up to Cherry as a fighter, and is anxious to get in the ring. Galarza has won three fights in a row since losing a split decision to Cesar Alan Valenzuela on September 16, 2016.

“My eyes have been on Edner as a friend and as a fan since I was young but, this is business and I’m going to be ready,” Galraza said.

“Edner is a true warrior who never lets up and a crafty veteran who has fought a lot of great competition. The Pedraza fight I thought he possibly did win. A lot of people duck Edner because he beat top guys in Rhodes and Douglas, plus he can punch with power.

“People think he’s going to break me down but, I took the fight nobody wants to take. I believe in my talents and I’m ready to make my mark. This fight will demonstrate the type of fighter that I am.”

The main event on the card features welterweight contender Jamal James against Abel Ramos, while the undercard features a featherweight bout between Chris Colbert and Austin Dulay.