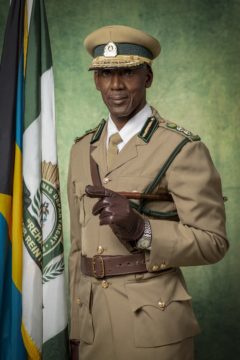 Mr. Murphy was identified as the successful candidate out of nine applicants after the post of Commissioner of Correctional Services was advertised both locally and abroad last year.

An official Handing Over Ceremony at The Bahamas Department Correctional Services will take place on Monday, 15th April, 2019 at 3 p.m.

“I am very pleased to appoint Mr. Murphy as Commissioner of Correctional Services,” said Dames. “He has an impressive professional record having served for nearly four decades and will lead the process of transformation at the institution”, he said.

A native of Mayaguana, Mr. Murphy began his career at then Her Majesty’s Prison on August 11, 1980 as a Prison Officer and was awarded the coveted Baton of Honour as the Most Outstanding Recruit in his squad.  His career steadily progressed over the 38 years from Corporal in 1993 to Acting Commissioner in 2018.

During his extensive career he served in various capacities including Director of Maximum and Minimum, Female Correctional and Remand Housing Facilities, Disciplinary Tribunal Judge, Inmate’s Rehabilitative and Pre-release Unit, Commandant of Staff Training and Development, Correctional Manager at The Security Processing Centre with the oversight of visitation and property intake, and was a member of the Interviewing Panel for Recruitment and the Promotion Board.