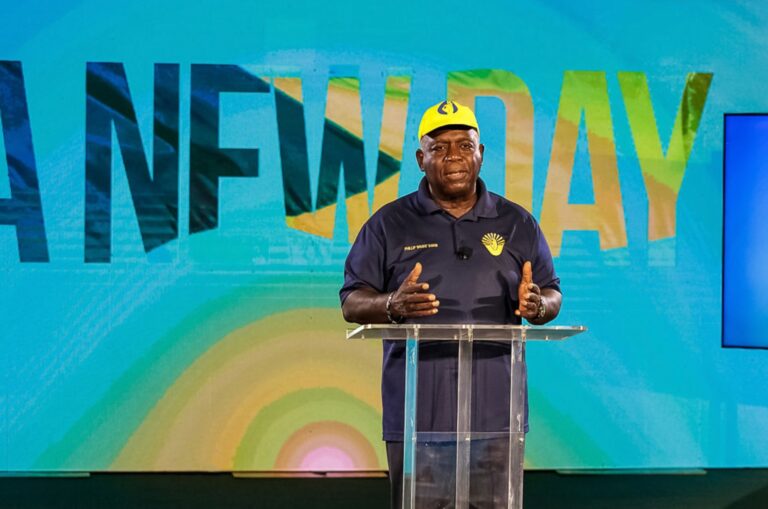 NASSAU, BAHAMAS — As he made his final plea to voters on the eve of the 2021 General Election, Progressive Liberal Party (PLP) Leader Philip Davis pledged he would ensure widespread consultation with national stakeholders and changes in governance from the first day in office.

Davis once again outlined the party’s plans for the future of The Bahamas and put forth the reasons why the PLP should become the next government of The Bahamas.

“This is a time of challenge and crisis,” he said.

“I’m never going to sugar-coat things for you – the problems we face are serious ones.

“But I know that we have the talent and the resources and the determination to take them on.

“We’re going to succeed because I’m going to bring people together.

“Leaders who are isolated can’t succeed.”

The PLP leader noted that if he has the privilege of serving as the next prime minister, he would ensure that his government partners with key stakeholders throughout the country in its decision-making process and in efforts to mitigate the current COVID-19 pandemic.

“No waiting — people need jobs now, and young Bahamians need to know this is a country where they can build their future.”

Davis once again castigated the Minnis administration’s leadership and handling of the country’s management.

“That’s the biggest tragedy of this government: a lack of vision, a poverty of ambition. They don’t have the imagination or courage or competence to create transformational change in our country. They only reach for boldness when they’re enriching their inner circle.

“But our problems are too big to think small.”

He pointed to the party’s Economic Plan which is part of its comprehensive Blueprint for Change, labeling it as a bold vision for a more dynamic, more inclusive, more resilient economy.

He further urged Bahamians to show up to the polls to exercise their right to vote.

“If you’re registered to vote tomorrow, please vote. You have your country’s future in your hands,” Davis said.

“If you stay home, or if you vote third party, it’s the same thing as voting for five more years of what we have now.

Just over 19,000 persons were registered for the advance polls.