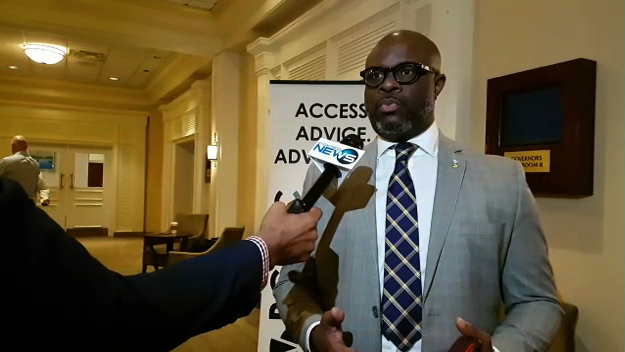 While the Chief Executive Officer (CEO) of The Bahamas Chamber of Commerce and Employers Confederation (BCCEC) Edison Sumner said he won’t dish out a grade on the current administration’s performance, he said the chamber is set to issue a full-on assessment of the country’s economic growth in the previous year.

“What we’re going to be doing is measuring the progress that we think was made from the conclave in 2017, as opposed to what’s happening in 2018,” Sumner said.

“I don’t think the chamber is going to put itself in a position to grade them whether its one to 10 or A-F. We’re still assessing their one year out.

“The chamber will be assessing the work of the government over the last 12 months, but we also must continue to recognize what we see as being some of the challenges. We know there have been a number of policies and programs that have been implemented.

“We’re also understanding as a new government, they took some time to get their feet wet.”

Sumner made note that a number of policies, which were advanced under the Minnis administration including citizen security and the justice programme, were initiatives introduced by the previous Christie administration.

He said the Minnis administration, has however, set out in the right direction and are expected to do more things as time progresses.

“The government came in with a very fresh mandate. The fact they brought in a number of very news face to frontline politics, new ministers – some of whom have come through the chamber of commerce – tells us that they came in with some fresh ideas and how they want to see the country advance,” he said.

He said the country’s affairs are difficult to manage, and said the focus for the country needs to remain staying off blacklists.

“We need to increase the level of opportunities available for young Bahamians,” he said.

Further, Sumer said, “Getting the country removed from declining positions on ease of doing business index”, is also important and that the chamber is working with the government on a number of initiatives.